A Brief History of Cannabis Legalization in Texas: High crimes and misdemeanors – News 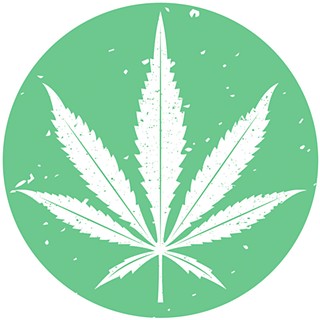 The Chronicle has reported often on the wholeass mess Texas has made of its cannabis laws and regulations since it finally took the plunge in 2019 to create a legal hemp industry in the state. Almost immediately after House Bill 1325 went into effect in June of that year, it became clear that most police and prosecutors in Texas couldn’t prove the difference between low-THC cannabis (below 0.3% concentration of delta-9-tetrahydrocannabinol by dry weight), which is legal “hemp” or “industrial hemp” under federal and state law, and the higher-THC cannabis still known in Texas statute as “marihuana.” This led to the de facto decriminalization of possession of small amounts of cannabis in much of the state, made more intentional in cities like Austin that directed their police forces to end enforcement.

Both HB 1325 and the federal 2018 Farm Bill, which for the first time deemed low-THC hemp a legal agricultural commodity, include provisions intended to draw bright lines between legal and illegal cannabis production. The Texas law stipulates that growers and producers licensed by the Texas Department of Agriculture cannot process or manufacture hemp for smoking or vaping.

It is less prescriptive, however, when it comes to the consumer market for hemp products containing cannabinoids such as CBD (cannabidiol, the most common both in the marketplace and in the hemp plant) or Delta-8-THC. Instead, HB 1325 directs the Department of State Health Services to devise a regulatory scheme for distributors and retailers. When DSHS rolled out its Consumable Hemp Program in August 2020, it excluded from it any hemp products meant to be smoked or vaped. A group of retailers, with industry support, immediately and successfully sued to block that rule from taking effect, arguing as have their Delta-8 colleagues that the status quo marketplace is working just fine and that DSHS overstepped its bounds.

In the smokable hemp case, the plaintiffs noted that distinctions between product types – smoke, vape, tincture, edible, and more – no longer have much bearing in a cannabis industry that can produce all of these with different concentrations of different cannabinoids to meet consumer preferences. The Delta-8 dispute represents a next phase in that evolution, and another quandary for a conservative state regime that wants to make cannabis both legal (and profitable) and illegal (and sternly punished) at the same time.

While Texas Agriculture Commissioner Sid Miller, a big booster for the industry, frames hemp as a perfectly mundane fiber crop, just like cotton – “We’re growing rope, not dope” – the money being made right now is from cannabinoid products like CBD oil, which can be converted in the lab into Delta-8. As DSHS struggles to maintain the state’s quixotic stance on cannabis, the U.S. Food and Drug Administration is frantically trying to keep up with the CBD and Delta-8 boom among the supplements, pharmaceuticals, cosmetics, and food additives that it regulates. Though the FDA cautions consumers that neither Delta-8 nor CBD products have been evaluated for safety or efficacy, and has issued a few warnings to firms making unfounded health claims, it “recognizes the potential [therapeutic] opportunities that cannabis or cannabis-derived compounds may offer and acknowledges the significant interest in these possibilities,” according to its website. As drugs including CBD and THC are going through or have completed the FDA drug approval process, those cannabinoids cannot, under the federal Food, Drug, and Cosmetic Act, be marketed as dietary supplements or added to human or animal foods, although the FDA has shown little interest in enforcement.