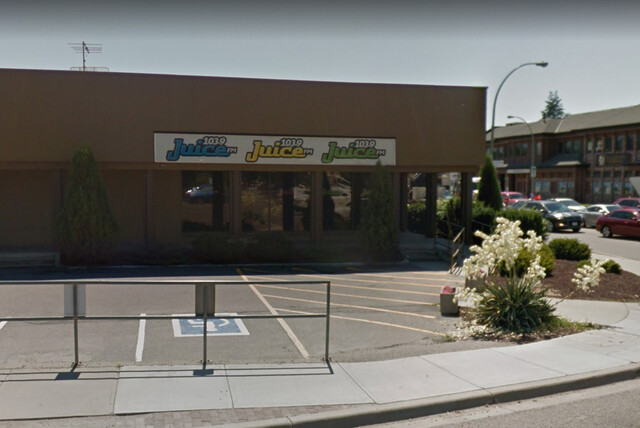 This could be the location of a future cannabis retail store.

It was one of the strangest city council votes in recent memory, with a tie vote going one way became a near unanimous vote the other.

It lead to Kelowna council giving initial approval for a cannabis retail store in the Capri Centre Mall, allowing it to move forward to a public hearing.

Planning staff had recommended against a text amendment which would allow the store to be located in the Capri Centre Mall because it fell within 500 metres of two other stores already approved by council.

Council has a policy in place stating cannabis retail stores cannot be within 500 metres of each other, although those falling within that buffer can still apply apply to have that waived.

After a lengthy discussion, and with Coun. Brad Sieben on the sidelines with a perceived conflict, council wound up deadlocked 4-4 on the motion to support the staff recommendation.

The tie vote meant the motion was defeated, prompting a second motion to support the application.

“(A second vote) could be interesting given the way the vote is, because a tie would also defeat that (motion), but we will try our luck here and see where things go from there,” said Mayor Colin Basran following the first vote.

Coun. Gail Given, who sided with the applicant moved an alternate recommendation to support the applicant, then urged those councillors in opposition to move it forward.

A second tie would defeat the application.

“I would encourage my opposing council colleagues to consider sending this to public hearing, and allowing us to hear from the public on this particular matter,” she said.

“It doesn’t mean it for sure is approved. We still have that option in the future of defeating the application, but at least it allows it to go to a public hearing.”

Three of those originally in opposition, led by Coun. Luke Stack went the other way on the second vote.

Coun. Mohini Singh also switched, but wondered if it was an exercise in futility, given the original split.

The application was the fourth to come to council seeking the amendment.

One, for a store downtown was approved, while two others, including a provincial government application for Willow Park Shopping Centre, were denied.

Those opposed to the Capri Mall outlet reiterated their belief that all 19 stores currently approved should be up and running before council starts tinkering with its distancing policy.

Councillors in favour argued a retail store, regardless of distance to other stores, is ideal for major malls such as Capri Centre.

The public hearing is slated for May 14.