A fingerprint on a bag of cannabis led police to a sophisticated marijuana crop 1,000km away

How a mystery fingerprint on a bag of cannabis led to the discovery of a sophisticated drug set-up with hundreds of marijuana plants more than 1,000km away

The fingerprint was found on a bag of cannabis in Queensland last month and traced by police to a massive drug set up in Canberra on Monday. 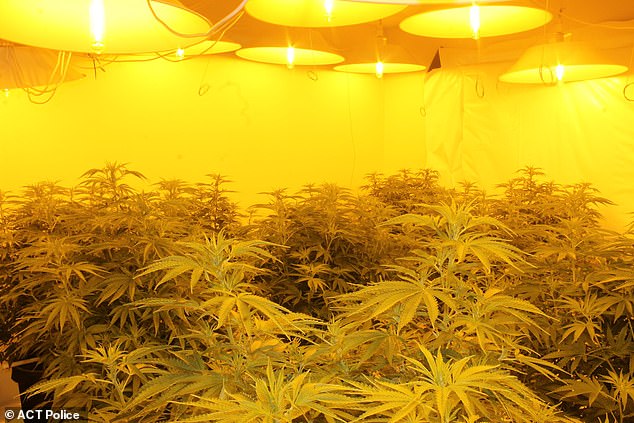 Police traced a fingerprint from a bag of cannabis in Queensland to a massive $90,000 marijuana crop spread across four homes in Canberra (pictured) 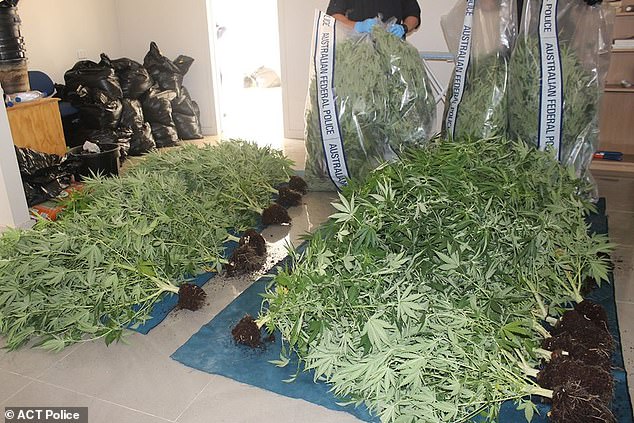 Mr Pham was charged with cultivating and trafficking cannabis and was refused bail after no interpreter could be found.

He did not enter any pleas and will reappear in court on Wednesday.

Queensland police found his fingerprint on a vacuum-sealed bag of 30 kilograms worth of cannabis during a roadside stop in Willowbank, near Ipswich.

The discovery prompted raids at four rental properties in Canberra around Belconnen and Gungahlin.

A statement from ACT Policing said: ‘Within each of these homes, sophisticated and extensive hydroponic setups were in place to support the cultivation of the commercial crops.’

They collectively found 230 marijuana plants, 51 seedlings and dried cannabis with a street value of $90,000.

The drugs were packaged in one litre vacuum-sealed bags.

Police said that fake identification was used to gain tenancy agreements at each of the four homes.

‘There is no evidence that any of the homeowners were aware that their properties were being used for commercial cannabis production and these homeowners will be many thousands of dollars out of pocket as a result of the damage and contamination of their properties,’ the statement said.

The court heard that Pham’s Australian visa had run out and that Border Force officials waiting in court could have deported him if he had been granted bail. 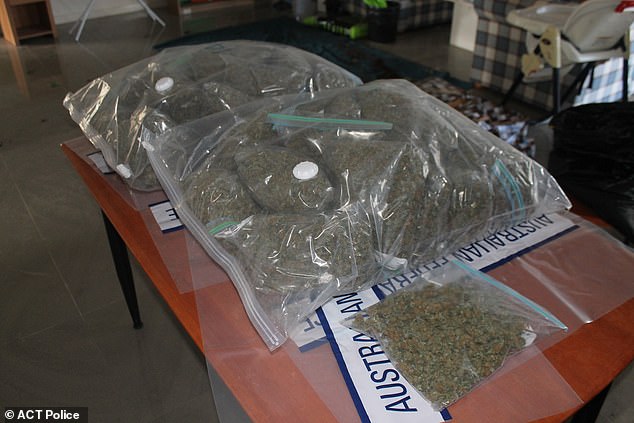