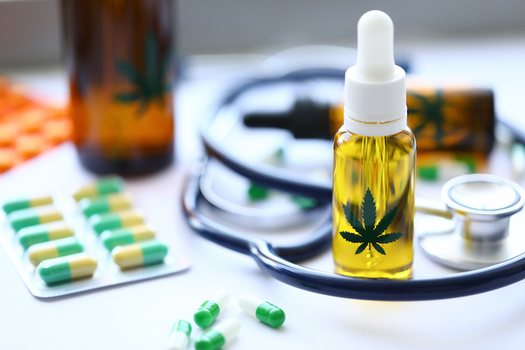 HARRISBURG, Pa. — Can a county court prohibit registered medical marijuana patients on probation from using their approved medication? That’s the question taken up by Pennsylvania’s Supreme Court on Tuesday.

Last September, Lebanon County announced that people under community supervision, such as probation or parole, would be barred from using medical marijuana. However, that policy was put on hold when three registered patients challenged it with a class-action lawsuit. Under the law, said Sara Rose, a senior staff attorney with the ACLU of Pennsylvania, registered patients can’t be punished for using legally prescribed marijuana.

“The Medical Marijuana Act really controls what courts can do and limits their discretion to impose any sort of penalties based solely on using medical marijuana while on probation,” she said.

Supporters of the ban argue that people under supervision can use the drug if they can show it is a medical necessity. The Supreme Court could take up to a year to issue a ruling.

Rose said the law doesn’t require a person to show medical necessity to register as a medical marijuana patient. It only requires certification from a doctor that the patient is likely to benefit from its use.

“The court’s requiring people to meet a much higher standard than the law requires them to meet, and it’s imposing its own eligibility requirements,” she said, “but the Legislature’s already made that decision.”

One plaintiff in the case uses medical marijuana to control epilepsy, another to prevent nausea so she can eat properly, and the third to control chronic pain without opioids.

While the lawsuit specifically targets the policy in Lebanon County, Rose said a favorable ruling by the court could affect policy in other Pennsylvania counties.

“We would certainly hope that any decision would hold that courts do not have authority to impose probation conditions that prohibit people from using medical marijuana,” she said.

Rose said several other counties in the state prohibit medical marijuana for people on probation, and still more allow courts to impose conditions on its use.

More information is online at aclupa.org.

Disclosure: ACLU of Pennsylvania contributes to our fund for reporting on Civil Rights, Human Rights/Racial Justice, Immigrant Issues and LGBTQIA Issues. If you would like to help support news in the public interest, click here.