Police searching for Colorado parents who abandoned their five-year-old daughter at their marijuana grow house, but took their two-year-old girl with them

By Tauren Dyson For Dailymail.com

Police in Colorado are on the lookout for a mother and father who left their five-year-old daughter at the alleged marijuana grow house they lived in and fled with their two-year-old daughter. 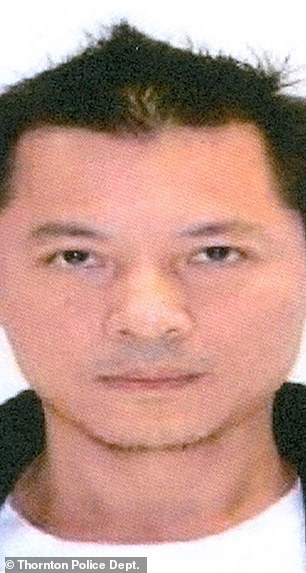 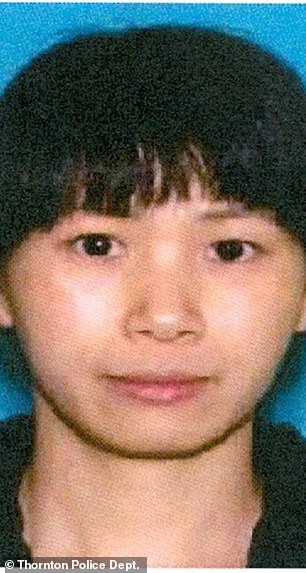 Police are searching for Zaiqiao Feng, left, and Liu Nei Li, who they say left their five-year-old daughter behind after leaving their home in Thornton, Colorado 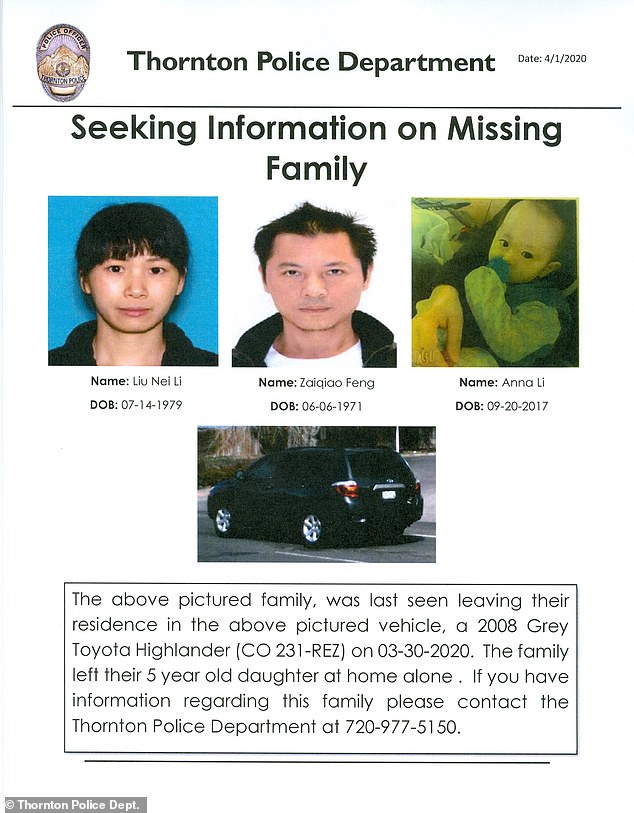 The Thornton Police Department is asking anyone who has seen the family, which is driving a 2008 grey Toyato Highlander with Colorado plates 231-REZ, to call 720-977-5150

The couple told their five-year-old daughter they were going grocery shopping, before pulling away in their gray 2008 Toyota Highlander with Colorado plates 231-REZ.

The daughter was left alone throughout the day Monday, until family members found her walking around at about 9pm on the front lawn.

They called the police at about 9:30pm.

After police executed a search warrant, they said they found a marijuana grow.

‘We don’t have any indication of foul play at this time,’ police spokesman Matt Barnes told the Denver Post.

Colorado is currently under a stay-at-home order amid the coronavirus pandemic.