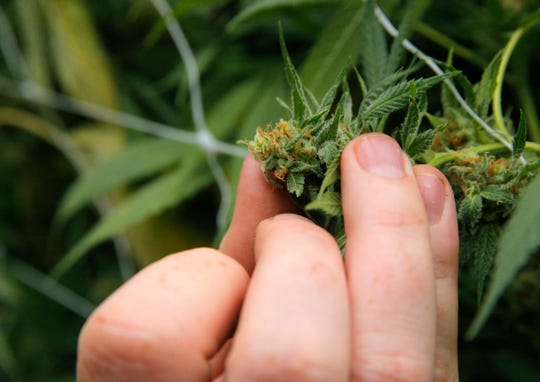 Known as the Marijuana Opportunity Reinvestment and Expungement Act (MORE Act), the bill would also revisit convictions for cannabis offenses and authorize a 5% sales tax to reinvest in those communities most negatively affected by the drug war, including those starting their own marijuana business.

“The federal government has lagged behind as states like California continue to modernize how we regulate and decriminalize cannabis,” Panetta said in a press release. “The MORE Act not only deschedules cannabis at the federal level, it also provides a roadmap for states to legalize in a just and equitable manner.”

What the bill includes

Panetta is one of 70 cosponsors for the legislation, which was introduced in the U.S. House in 2019.

California Senator Kamala Harris, a Democrat and former prosecutor, introduced the same bill in the Senate, where it has been referred to the finance committee, according to the U.S. Congress’ legislation website.

Panetta has previously voted in favor of another cannabis business bill, the Secure and Fair Enforcement (SAFE) Banking Act. That bill, which would prevent the federal government from interfering with banks and other financial institutions doing business with state-legal cannabis enterprises, passed the House in 2019 and was referred to the Senate’s Committee on Banking, Housing and Urban affairs.

Joe Szydlowski is a multimedia journalist for the Salinas Californian who covers local government, crime and cannabis. Follow him on Twitter at twitter.com/JoeSzyd_Salinas. He can be reached at 235-2360. Help support The Californian’s work: https://bit.ly/2Qo298J