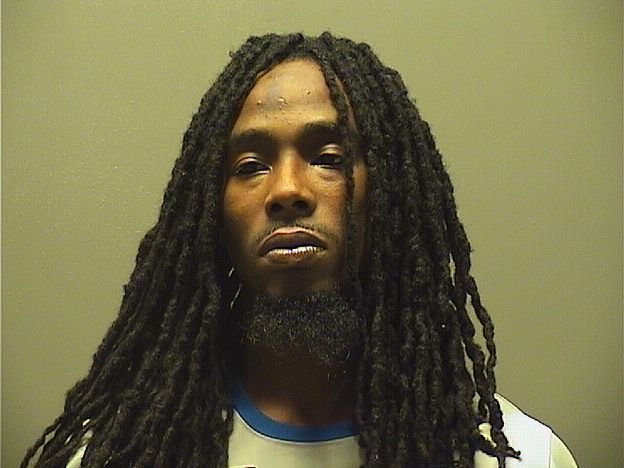 The local drug task force arrested a Little Rock man on multiple felony charges early Tuesday at a Hot Springs motel after allegedly finding him with drugs, a loaded gun, almost $7,000 in cash and in the company of two teenage girls.

Vaughan remained in custody Tuesday on zero bond and is set to appear today in Garland County District Court.

According to the probable cause affidavit, shortly after 11 p.m. Monday, Garland County sheriff’s Deputy Shane Tatum responded to the Motel 6 for a welfare check and knocked on the door of Room 246.

A 16-year-old girl answered the door and Tatum noticed a “very strong odor” of marijuana coming from the room. He asked the girl who else was in the room and she said, “No one,” but at that moment a second girl, 14, came to the door.

At that point, Tatum saw a black male lying on the far bed in the room and stepped inside and yelled at him. The man did not respond and since Tatum was called there initially for a welfare check he entered the room and yelled at the man again.

The deputy noted there was a Taurus 9-mm handgun with an extended magazine on the chair near the man which he retrieved as he yelled at the man again, who finally “acknowledged my presence,” Tatum said.

Tatum observed a backpack with marijuana visible in the front see-through pocket. It was found to contain two plastic baggies with a total of 36.6 grams, or 1.2 ounces, of marijuana, a digital scale and a bank bag with $6,060 in $20 bills.

Vaughan was taken into custody at that point and a computer check showed he had no prior felony history. The 9-mm was found to be fully loaded with 30 rounds and a laser sight.

At that point, Tatum notified the 18th Judicial District East Drug Task Force and an investigator came to the scene. Tatum also contacted the Department of Human Services about the juvenile girls being there without a parent present.

The parents were contacted and responded to the motel and took custody of the girls. The night manager of the motel stated she did not rent the room to Vaughan or the juveniles.