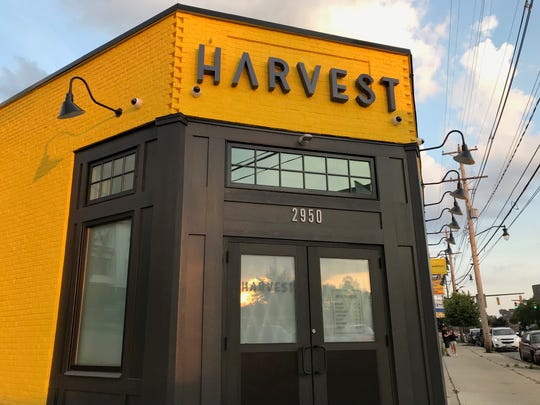 Harvest of Ohio LLC plans to open three dispensaries in Ohio, including one at this site in Columbus’ Clintonville neighborhood. (Photo: Jackie Borchardt/The Cincinnati Enquirer)

The penalty is among the highest assessed to a state-licensed marijuana business. The agreement means Harvest will be able to open dispensaries in Columbus, Beavercreek and Athens after passing state inspections.

Harvest of Ohio was accused of misrepresenting its ownership to qualify for business licenses set aside for minority-owned companies. Harvest of Ohio was an affiliate of Harvest Health and Recreation, an Arizona-based multi-state operator, but Harvest’s corporate website does not list any Ohio locations.

On its dispensary application, Harvest of Ohio LLC claimed Ariane Kirkpatrick, an African-American businesswoman from Northeast Ohio, owned and controlled 51% of the company. The Ohio Board of Pharmacy claimed Harvest “committed fraud, misrepresentation, or deception in furnishing information” on its application.

Harvest successfully blocked release of the board’s findings last year in response to a records request by The Enquirer.

But the Ohio Department of Commerce released a summary of its investigation into the same issue for related business Harvest Grows LLC, which also listed Kirkpatrick as majority owner.

Corporate structure documents reviewed by the agency showed all CEO duties were assigned to Steve White, the CEO and co-founder of Harvest Health and Recreation, who was not listed as a member of a “disadvantaged group.” Kirkpatrick was appointed vice president and chief diversity officer and provided control solely over the company’s “construction management.”

By claiming an African-American woman was the majority owner, Harvest of Ohio LLC won licenses over higher the owner of the company to benefit from Ohio law mandating 15% of all medical marijuana licenses go to minority-owned and controlled businesses. The quota has since been struck down in court.

Harvest objected to the Commerce Department’s depiction of its business structure. The company did not immediately respond to a request for comment Friday afternoon.

In the settlement agreement, signed Friday by pharmacy board officials, Harvest neither admitted nor denied wrongdoing. The company agreed to pay $500,000 to the Ohio Automated Rx Reporting System, the database used to track controlled substance prescriptions and medical marijuana purchases in Ohio.

The company also agreed that Kirkpatrick will remain majority member and managing member of the three dispensaries. Harvest cannot change its ownership until after the dispensaries have been open for 18 months and the $500,000 fee has been paid.

For its part, the pharmacy board agreed to perform final inspections on the three dispensary locations and award certificates of operation. Harvest planned to open the dispensaries nearly a year ago, but they’ve been on hold pending the pharmacy board’s investigation and negotiations to settle the dispute.