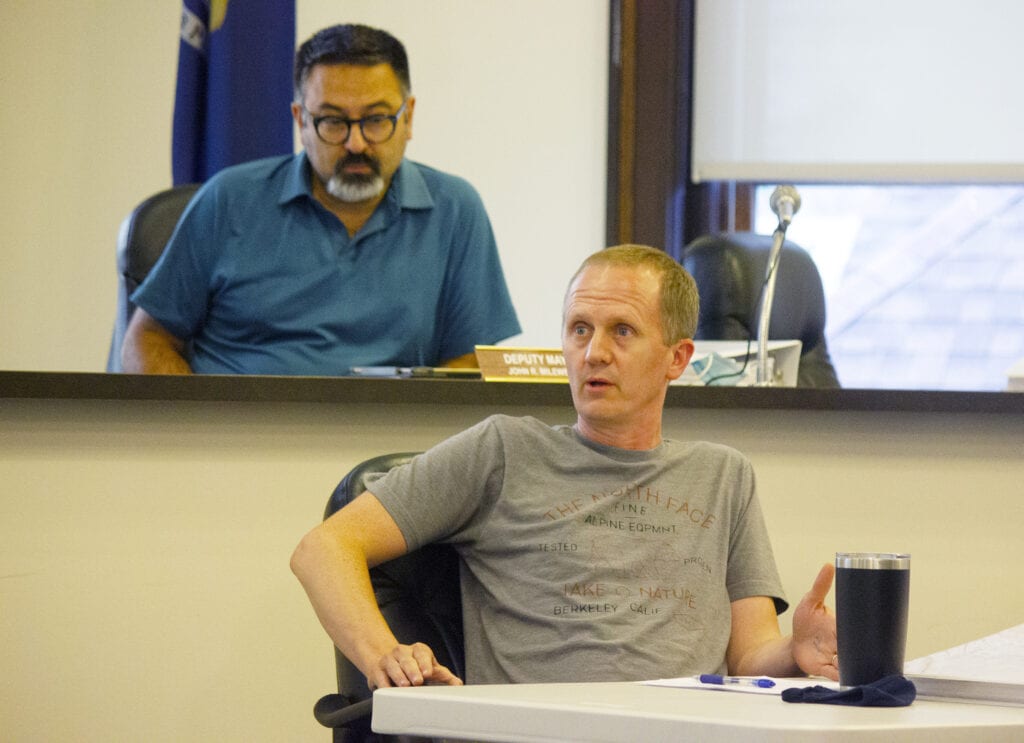 IONIA — After a lengthy discussion about whether to allow the sale of recreational marijuana in the city, the Ionia City Council decided Tuesday night to proceed with an exploration of the matter.

City Council members voted to direct the Planning Commission to review zoning for those businesses, and to draft and propose an opt in recreational marijuana ordinance.

Council members voted in October 2019 to opt out of recreational — also known as “adult use” — marijuana, choosing to wait until the state of Michigan moved from emergency rules to permanent ones and had “worked out the bugs,” Ionia City Manager Jason Eppler said last October.

As with any ordinance, a recreational marijuana ordinance would have a first reading, a public hearing and then a second reading before approval and adoption.

Councilman Richard Starr said he brought the issue of recreational marijuana to council’s agenda for discussion after he learned that a local citizens’ group is planning to secure signatures to place an “initiated ordinance” on the November ballot. If approved by voters, that ordinance would amend City Code and allow recreational marijuana businesses in the city.

Starr noted that in 2018, Ionia residents voted “very heavily” in favor of legalizing marijuana for recreational use. In his ward, more than 68 percent of voters voted in favor, he said. 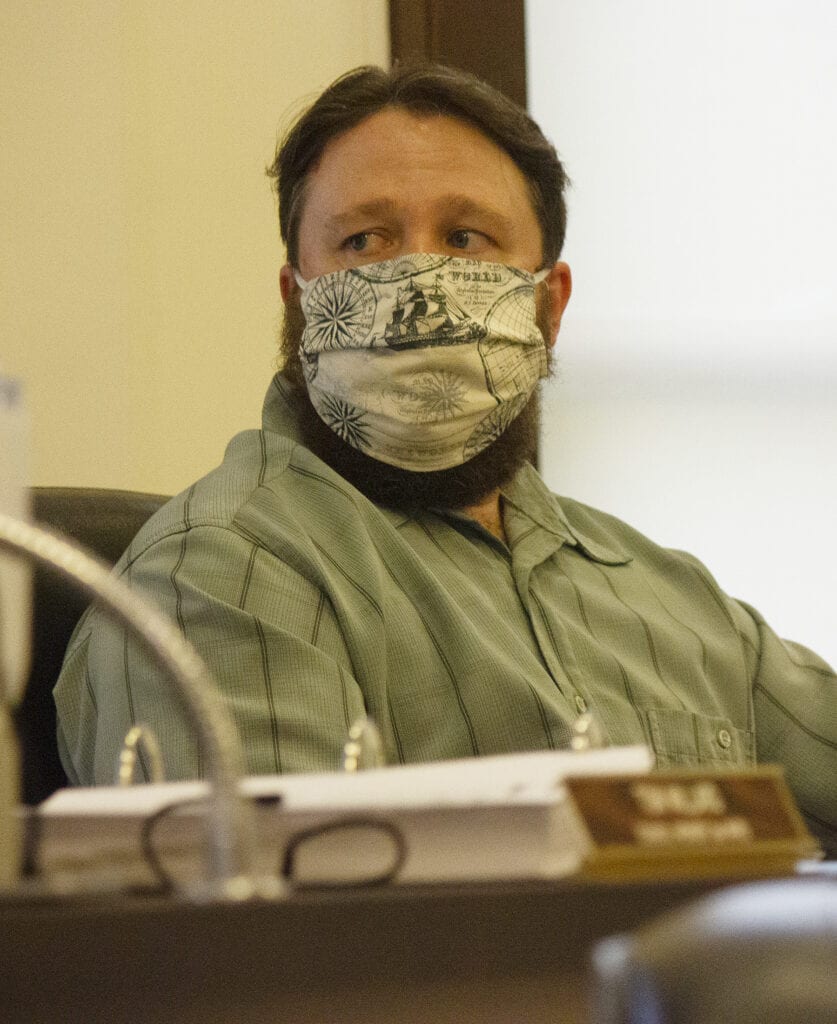 “Council opted out because of unknowns at the state level … the Planning Commission was also working on medical marijuana at the time. The governor appointed an agency to establish (regulations) for adult use,” Starr told council members. “Given the circumstances regarding the citizens’ initiative, it might be a good time to revisit this.”

During public comment, David Bye, an owner of ArCanna, spoke in favor of adopting an opt in ordinance. His business, which opened June 29, is a growing and processing facility as well as a medical marijuana provisioning center. He said to be competitive, he has to be able to sell recreational marijuana.

“Citizens will spend money in another city if they want to buy it. Since the 29th we have had 200 people calling or stopping in asking if we sell recreational marijuana,” said Bye. “They’re going to Lowell or Lansing and spending their money.”

Councilman Gordon Kelley, who served previously as council’s liaison to the Planning Commission, said the city has dealt with the marijuana issue for “a long, long time,” and the underlying work already has been done.

“The intent when we passed the opt-out, we said we wanted to get rules in place (for recreational marijuana) that dovetail into the medical. It’s all there; we just have to bring them together,” Kelley said. “Realistically it’s going to be the same facility. Why have two sets of rules and criteria? I would rather see us take that and set those rules than to have an initiative that may or may not be meeting those, and have to come through a new set of rigamarole.”

“If you’re over 21, there is really no reason to pursue a medical card. The medical component really applies to those under the age of 21 with certain health conditions,” Eppler said. “The medical business has shrunk, based on the passage of the newer act.” 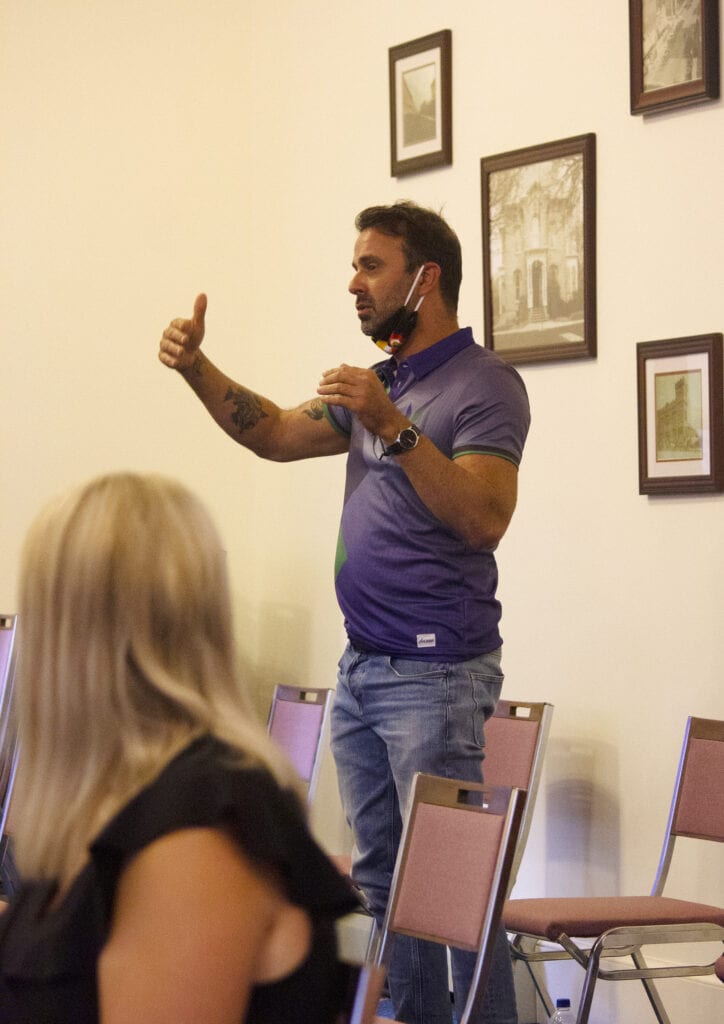 • They could take no action between now and election day Nov. 3 and, if the initiated ordnance is on the ballot, let the voters decide.

• They could repeal the opt-out ordinance that council adopted last October and let adult-use businesses apply directly to the state for licenses.

• They could draft and adopt a business regulation ordinance, rather than one based on zoning, that permits adult-use businesses in the city.

• They could ask the Planning Commission to draft and recommend a zoning-based ordinance that permits adult-use establishments in the city, enacting that ordinance before Nov. 3.

The meeting Tuesday was the first time council members have met in person since March, due to the coronavirus pandemic. Of the eight council members, the mayor and city manager present, three — and a smattering of audience members, which included city staff, presenters and residents — wore masks. Chairs for council members and the audience were set up to allow for social distancing.

Ionia Mayor Dan Balice, who wore a mask throughout the meeting, said he is convinced that one of best things community members can do, in addition to maintaining social distancing and washing their hands, is to wear masks.

“What is frightening is the numbers (of COVID-19 cases) are going up in Michigan. Around Ionia, most of what I hear is from people who don’t think masks are important, they think this isn’t a big deal. I don’t want it to become a big deal,” Balice said.

He referenced a family where one individual had COVID-19 but was asymptomatic. That person infected eight family members who became “incredibly sick,” he said, adding that he would “feel horrible” if he infected someone else.

“I want us to continue our economic mojo, in addition to keeping my family safe, and your family safe,” said Balice. “We really have lots of reasons to do this.”