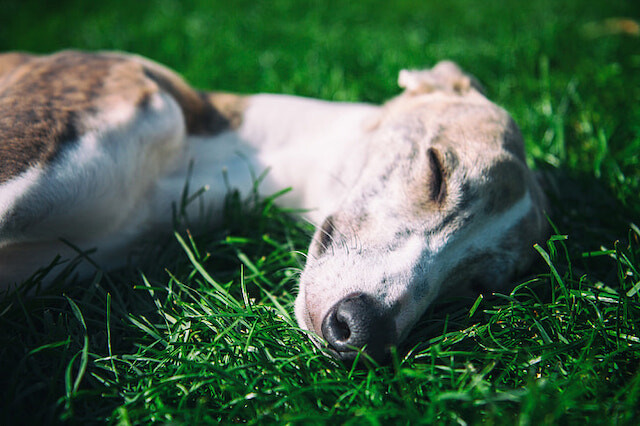 Photo of a sleeping whippet dog

While it was a routine occurrence before the pandemic, a Kelowna veterinarian says she’s seen an increase in cases of canines getting sick on cannabis in recent weeks.

Dr. Jennifer Watt of the Fairfield Animal Hospital says over the Easter long weekend alone, they had 13 cases in emergency of dogs showing signs of THC consumption.

“We saw it before legalization happened, and it didn’t really change anything when [legalization] happened, but since COVID hit, the numbers have gone up,” she told Castanet News.

Watt says it is one of the most common reasons a dog owner visits an animal hospital, with about one case coming in a day typically.

The first, a dog that likely ate something while on a walk, was sent home after being checked out. But the second case, a larger breed that ate two pot cookies, required extensive care.

“It was flat and non-responsive. We had to keep it overnight and it is now making a slow recovery, it couldn’t even blink. And that was a big dog too,” she said.

The dog required an IV drip to keep its blood pressure up in addition to medication.

Watt says dogs typically show symptoms 30-60 minutes after consuming THC, with the classic symptoms being incoordination, listlessness, dilated pupils, slow heart rate, urinary incontinence and a startle reaction (the dogs appear drowsy but then over react to noise and touch).

Most cases, such as where a dog gobbles up the end of an old joint, resolve with time. But in higher dose situations too much THC can lower the heart rate, blood pressure and body temperature to dangerous levels and can cause a loss of consciousness.

Watt says if you suspect your dog consumed THC or is showing symptoms, it is important to get them checked out, as a urine test can give results in 30 seconds.

If the ingestion is caught within 30 minutes, vomiting can be induced and charcoal given to prevent absorption of any remaining drug.

“Once symptoms are shown an injection for nausea can be given since this is often a concern. If vitals are stable and the dogs are still able to walk, drink, and eat they can be sent home for care,” Watt said.

“If the dogs are not conscious or extremely sedated with a low blood pressure and a low body temperature they are admitted and treated with fluid support, supplemental warming, and close observation. In most cases the chance of a fatality is extremely small, but possible.”

She says most cases of THC toxicity resolve in the matter of days. There is no evidence that marijuana causes permanent effects in dogs.

Watt says canines appear to like the smell and taste of cannabis and will seek it out, so owners should keep that in mind when storing their stash.