Life, Liberty, and the Pursuit of Cannabis 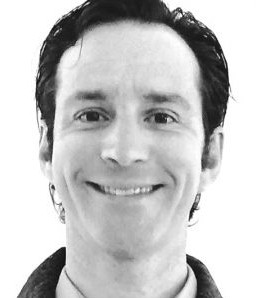 Americans claim to love freedom and don’t like to be told what to do. This is especially true in rural Michigan. We don’t want bureaucrats in DC and Lansing telling us how many guns we can own, what kind of cars to drive, or what we can eat, so it’s discombobulating that almost every municipality in Sanilac County has rejected individual liberty with respect to cannabis (marijuana). People in the Thumb like to live and let live. Yet, nobody is willing to lead on the freedom to cultivate, process, sell, and consume cannabis.

A free society is measured by how far we’re willing to go to protect the rights of people with whom we disagree. It means respecting the rights of people to make decisions about their health, property, and businesses. Yet, townships and cities across the Thumb are haphazardly impeding individual and property rights of their constituents.

As a region, we are an agricultural powerhouse and cannabis is an agricultural product. We should be embracing the burgeoning industry but instead of welcoming the opportunity for new businesses, we’ve been responding with manufactured moral outrage over the dangers of the devil’s weed. Cannabis has been used for thousands of years and people will continue to use it for years into the future. The theatrical pearl clutching is embarrassing.

The primary objection to the expansion of the cannabis economy is the ‘think of the children’ argument. People use it as a trump card, because nobody wants to be anti-children. The argument is that legalization sends a bad message to children, encourages drug use, or otherwise endangers them. This is not a rational argument. It’s a manipulative appeal to emotion. The danger of using this method to push an agenda is that it can be used to justify a broad range of anti-freedom policies. People who value living in a free society, should be hesitant to use this argument.

I’ll go a step further and claim prohibition on cannabis is what sends children a dangerous message. It convinces them they are property of the State. All their health decisions are subject to State approval. I don’t want my son growing up thinking he’s a ward of the State. We should be sending children the message that America is a free country and people are allowed to make their own decisions in regards to their health. We even “allow” them to make unhealthy choices if that’s their prerogative.

America should be striving to be the freest country on earth, not a nation of busybodies micromanaging the lives of other adults. Where did we get the idea that we have the right to make other people’s health decisions for them? When did we become so afraid of individual liberty?

It’s easy to promote freedom when it means supporting people’s rights to eat apple pie and wave the American flag, but embracing freedom isn’t always easy and comfortable. I beg everyone to examine what it means to live in a free society and decide once and for all if it’s important. If the “greater good” is more important than individual liberty, that’s ok. Plenty of fine democratic socialist nations in Western Europe have built beautiful countries that way, but let’s stop pretending we’re something we’re not. If liberty and freedom are the attributes that make America great, cannabis entrepreneurs deserve the right to flower.