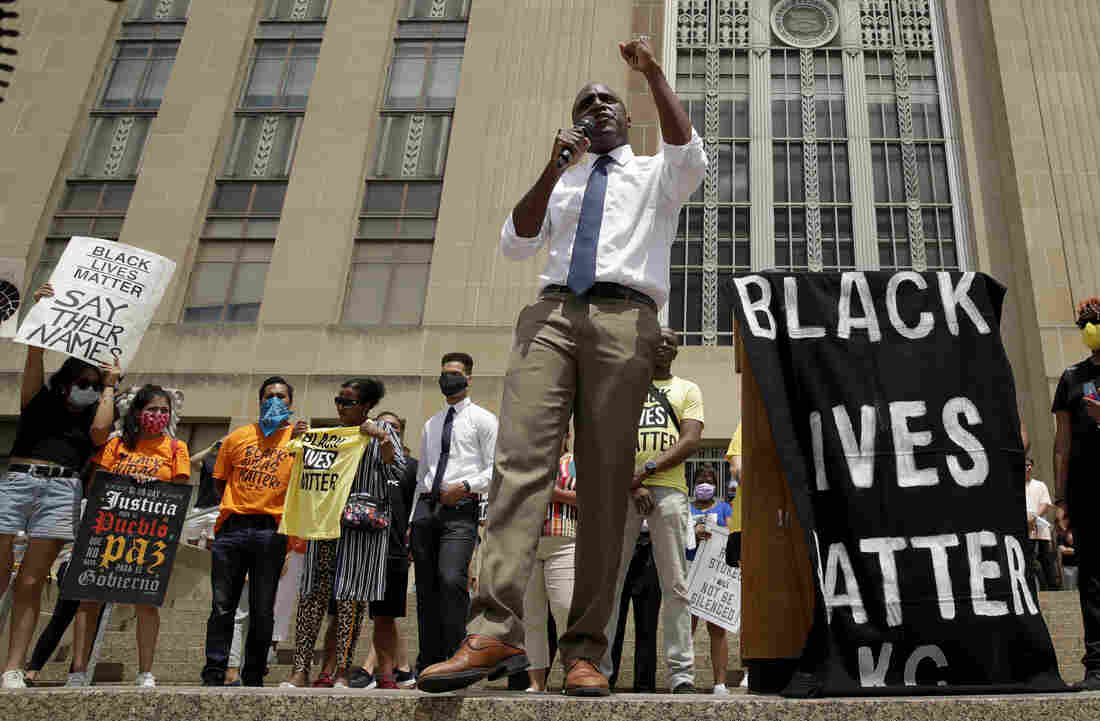 Mayor Quinton Lucas talks to demonstrators during a rally in Kansas City, Mo., on June 5, to protest the death of George Floyd. 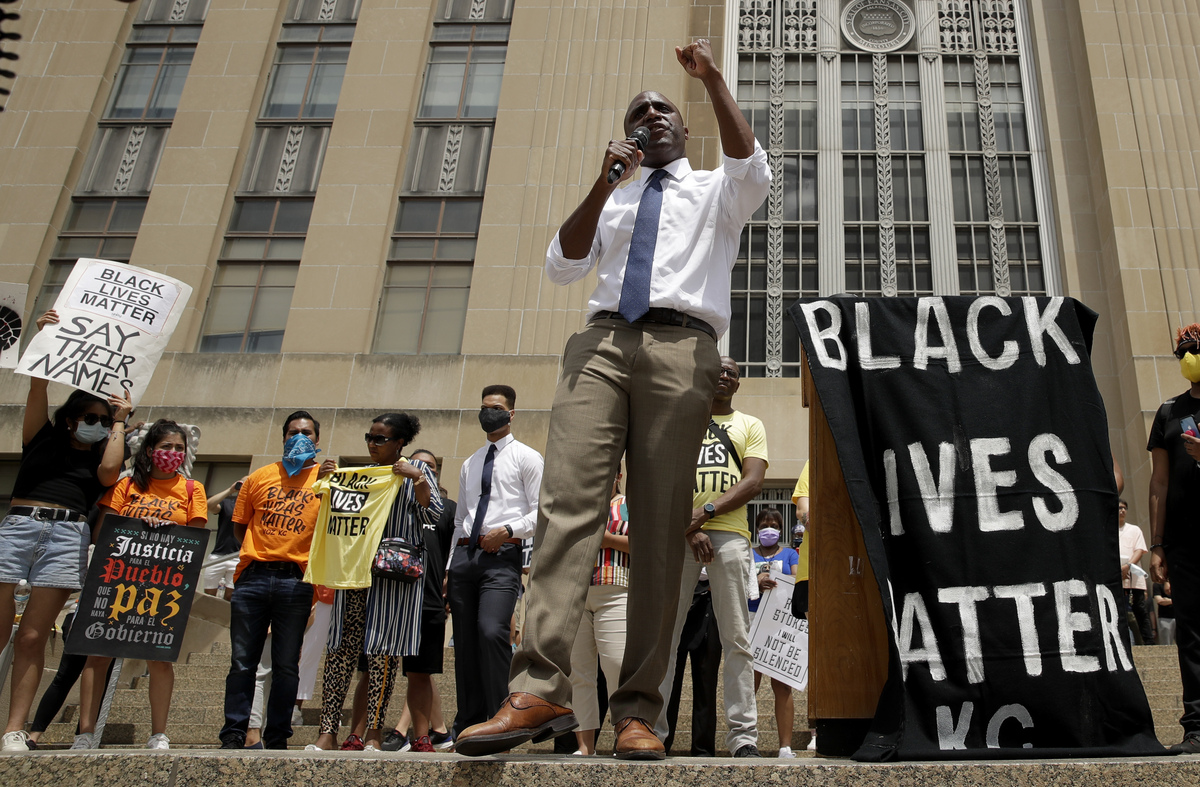 Mayor Quinton Lucas talks to demonstrators during a rally in Kansas City, Mo., on June 5, to protest the death of George Floyd.

Across the country, leaders and activists are seeking ways to improve relations between their communities and the police, including how to reduce encounters that lead to arrests and the use of force. In places such as Kansas City, Mo., this has renewed calls to ease marijuana laws.

Mayor Quinton Lucas, a Democrat, has announced a plan to completely remove all offenses related to marijuana possession from the city code, which he says are often pretexts for stopping people and lead to over-policing of Black and brown communities and negative police interactions.

“We need to just stop harassing people,” he tells NPR’s Mary Louise Kelly on All Things Considered. “Blacks are disproportionately, in Kansas City, stopped, arrested, charged and incarcerated in connection with marijuana offenses. And I’d like to see that change.”

Lucas is pushing other reforms, too, such as increasing the number of minority officers on the Kansas City police force, which is about 78% white in a city that’s 29% Black, and embedding social workers in every station.

But on the issue of broader systemic change, the 35-year-old Kansas City native is not optimistic. “America has broken my heart too many times,” he says.

Here are excerpts from the interview.

The city council rejected a [marijuana] decriminalization measure as recently as last November. What gives you confidence that you’ll be able to get this done now?

[In] this moment in our country, I think a lot of people are saying, “Wait a second, I need to look at the areas of privilege that I have.” And all of the things that before perhaps you weren’t questioning or thinking about, that we are now. And I think when we look at policing in our country and our community, we have to say that we need to actually address more issues as it pertains to the laws that shouldn’t be on the books anymore.

As a Black man from the historically Black, economically disadvantaged side of Kansas City, how is this moment hitting you?

It is tougher than probably anything that I have gone through. … When I saw the George Floyd video, I actually had to stop watching it. … To be Black in America is to know that any minor offense, any minor transgression, mouthing off to a cop or anyone, can mean termination from a job or frankly, termination of your life.

I grew up with lessons and stories about how you respond to police officers. It’s distressing and it’s heartbreaking and it’s made all the more challenging because I’m the titular leader of the Kansas City Police Department.

Do you feel hopeful that a year from now, the country might actually be in a different place?

Honestly, no. … I have grave concerns. I was a kid during the Rodney King beating and then the subsequent LA riots when the officers were acquitted. And I still remember vividly, I think I even asked my mom, like, how does that happen? It’s on videotape. And here we are, 28 years after the LA riots and we’re dealing with the exact same thing. …

I’m going to try my level best to make sure things change in Kansas City.

But no, I’m not hopeful. America has broken my heart too many times. I’ve seen institutions go back the same way. I see that Black kids, like I was 28 years ago, are learning the same lessons and asking why. I don’t know how there’s even a debate now on what we can and should change. But I also recognize as the mayor of Kansas City, probably 50% of my electorate is saying you’re doing too much to curtail police behavior and we want you to go back to respecting them more.

Listen to the full interview at the audio link above.