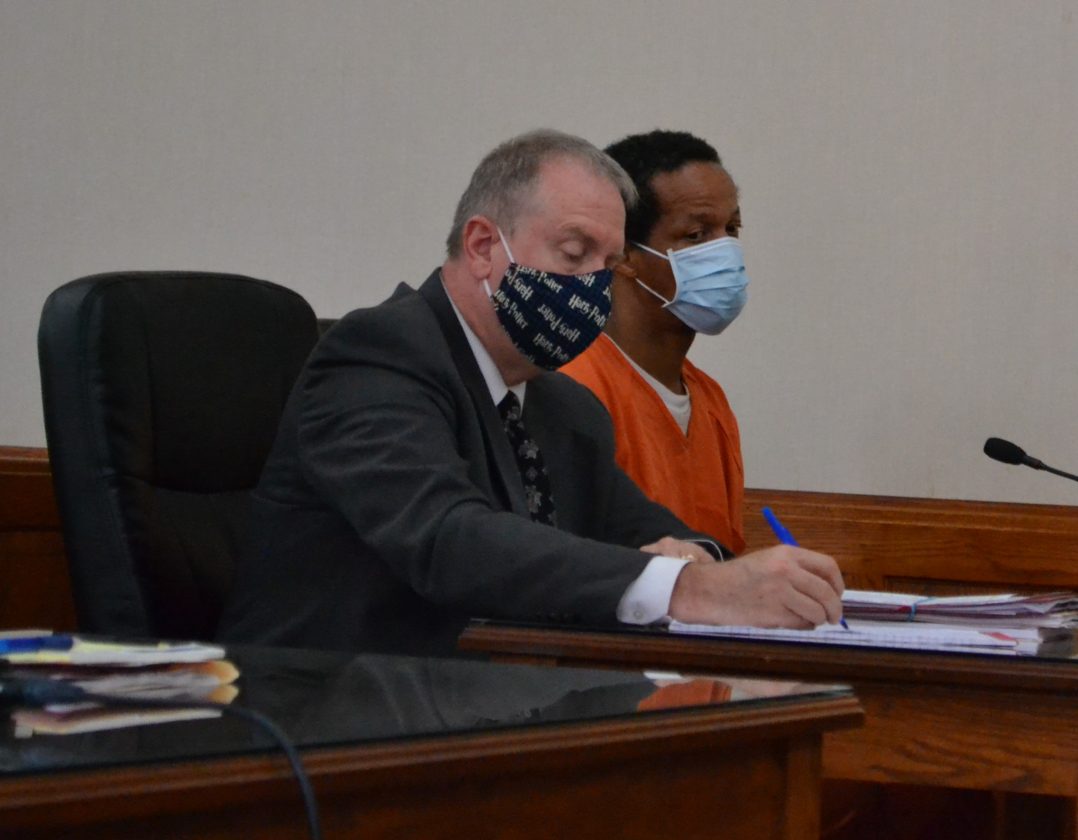 Photo by Michele Newbanks
Kendrick McClain sits with his attorney, Ray Smith, as he is sentenced Tuesday afternoon to 180 days in jail, with a credit of 166 days served, for the illegal cultivation of marijuana.

A Marietta man pleaded guilty Tuesday afternoon to the illegal cultivation of marijuana before being sentenced to 180 days in jail.

Washington County Assistant Prosecutor Joe Derkin said McClain was found on the bed, sitting on top of a .22 caliber handgun.

“The marijuana operation was found in the back room of the apartment, where they found six plants weighing a total of 741 grams,” Derkin said. The room was outfitted with grow lights and aluminum foil on the walls.

McClain was found to be under weapons disability due to previous convictions. He only pleaded guilty to one of the two charges and made no statement on his own behalf.

“According to the plea agreement, you’re going to plead guilty to count two, which is the illegal cultivation of marijuana, a felony of the fourth-degree, along with the specification,” Kerenyi said. “The state is going to dismiss count 1.”

The specification was $315 owned by McClain that was intended to be used in the commission of the offense, according to the indictment.

He also forfeited the .22 caliber handgun. McClain’s cell phones will be returned to his attorney, Ray Smith.

• Kendrick McClain, 48, of Marietta, pleaded guilty to the illegal cultivation of marijuana.

• He was sentenced to 180 days in the Washington County Jail, with credit for 166 days served.

• During the executive of a search warrant, he was found with six plants worth 741 grams.