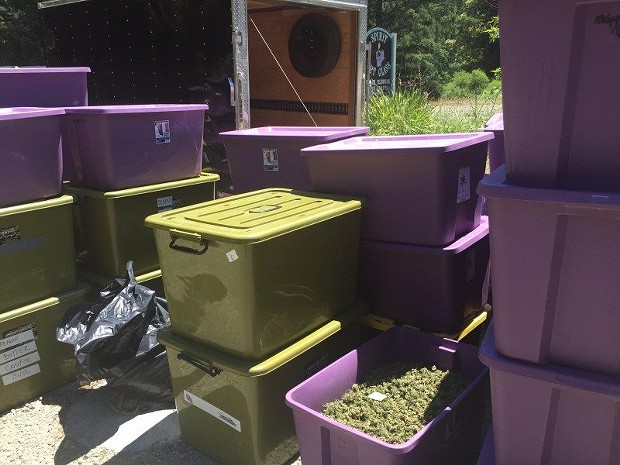 A man transporting just under 800 pounds of marijuana was cited and released today after being pulled over on the Avenue of the Giants near Maple Hills Road, the California Highway Patrol reported.

According to a CHP news release, 41-year-old Redway resident Manuel Turchan was pulled over while towing a cargo trailer after reports came in about a reckless driver who had caused a minor accident on U.S. Highway 101 near Redcrest.

The Humboldt County Sheriff’s Office assisted with the traffic stop