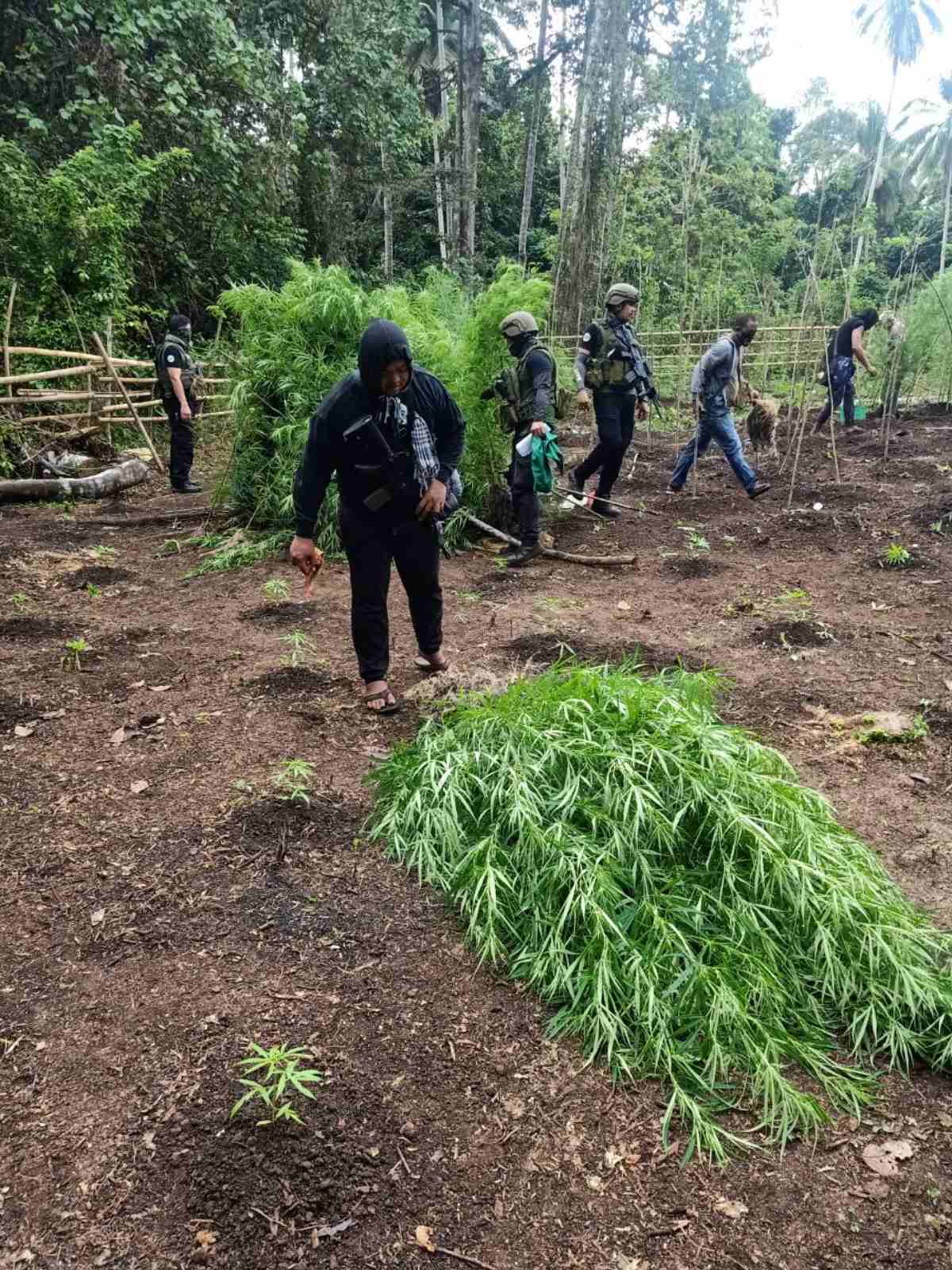 Combined forces from the Naval Forces Western Mindanao and Philippine Drug Enforcement Agency seized P5.1 million worth of marijuana from a plantation in Sulu on Friday (May 1),/ NAVAL FORCES WESTERN MINDANAO

Authorities uprooted and burned around 22,000 fully grown marijuana plants in a 2,100-square meter plantation in Sitio Mangal-Mangal in Brgy. Masjid Punjungan in Kalingalang Caluang in Sulu on Friday (May 1), the Western Mindanao Command said in a statement.

The plantation is believed to be owned by Sahabi, a supporter of the Abu Sayyaf Group.

The joint forces were supposed to arrest drug personalities but they discovered the marijuana plantations instead. No one was around at the time of the raid so no arrests were made.

“Sahabi is a supporter of the Abu Sayyaf Group. The marijuana plantation could be another source of fund of the ASG and their supporters,” said Maj. Gen. Corleto Vinluan, Joint Task Force Sulu commander.