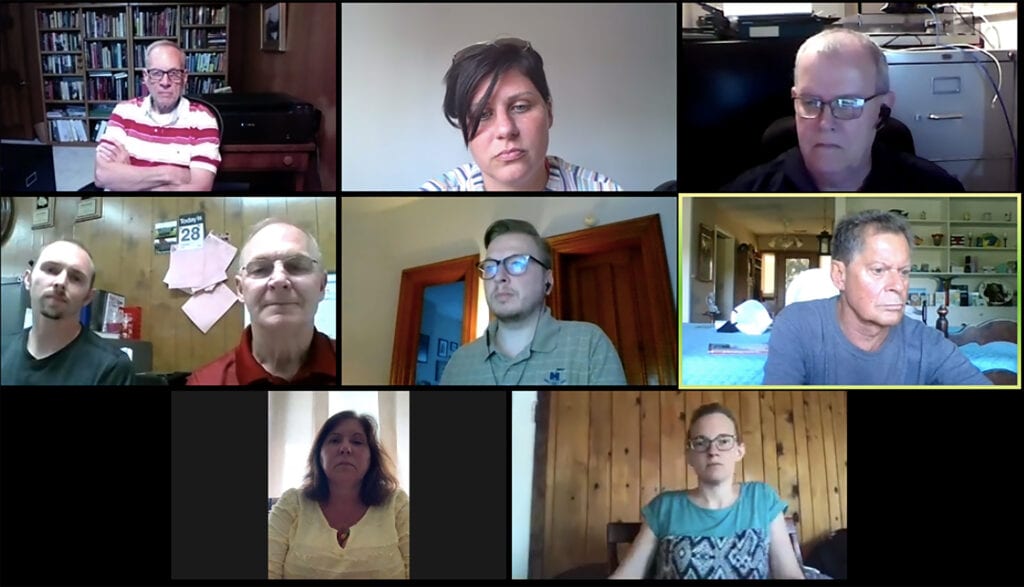 STANTON — As the Stanton Planning Commission continues to draft proposed ordinances allowing medical and adult-use marijuana facilities in the city, city commissioners have different ideas of what marijuana-related regulations should look like.

During Tuesday’s meeting, disagreement broke out among commissioners when considering a proposal from MainStreet Planning Co. of Grand Rapids to assist the Planning Commission in drafting an ordinance to allow adult-use marijuana facilities within city limits.

The price for MainStreet Planning’s services came in at approximately $5,000.

In December, the City Commission initially approved a proposal to hire MainStreet Planning to assist the Planning Commission in drafting a medical marijuana ordinance for the city for $5,000.

One month later, the city then approved a proposal to amend the Planning Commission’s directions to include recreational marijuana in the upcoming ordinance drafts.

“They already had a contract (for medical), this is more of a formality,” City Manager Vester Davis agreed. “Our initial request (with MainStreet Planning) was for medical, only. We then went back to the drawing board and said that we wanted to do both.”

While Miel made a motion to accept MainStreet Planning’s proposal, Commissioner Ray Holloway voiced some concerns.

“I have something that is bothering me about moving forward with this project. I don’t know if everyone has seen the video (the Planning Commission) did for the last meeting, but it was suggested by Commissioner Miel to start over with medical marijuana,” Holloway said. “They had already submitted some (buffer) zoning for different uses — they were going to buffer for schools, buffer for churches, buffer for the Fred Meijer Heartland Trail and buffer for parks. During the last Planning Commission meeting, they took that all away.

“I just don’t know if we know the mindset of our own Planning Commission yet,” he said. “It’s too ambiguous. It’s too questionable.”

Miel asked Holloway to clarify what he found to be ambiguous or questionable.

“(The Planning Commission) is willing to limit the number of provisioning centers, I believe was the only verbiage that I heard. I just don’t think (the rest) is the right thing for the Planning Commission to do. I think there should be more consideration, and I’m sure that’s difficult, but that’s their job.”

“The thing that we have to remember is that, even though there isn’t buffering in the (proposed) ordinance, each business still has to apply for special-use,” Mayor Lori Williams responded. “Each business gets approved on a one-by-one basis.”

While Holloway said he understood Williams’ point, he countered by saying he believed the Planning Commission should instead be creating specific rules for businesses to abide by.

“It shouldn’t just be come one at a time and we’ll take it on an individual basis,” Holloway said. “The Planning Commission should be giving out guidelines on how to conform and what to expect. I don’t think we’re getting that.”

Williams noted that any proposed ordinance written by the Planning Commission would be brought up in public hearings and require the City Commission’s approval before it could be adopted, but Holloway remained firm to his point.

“(The Planning Commission) had a good plan to begin with,” he said. “Then (Miel) came in and changed everyone’s minds like the Pied Piper.”

Holloway agreed with Miel that the Planning Commission should be drafting medical and adult-use marijuana ordinances, but he still questioned why some items of the proposed ordinances were being changed.

“When I was watching the (meeting), I saw Mayor Williams trying to defend her position when she wanted to save the buffering around the churches. I saw your chairperson wanted to keep all of (the buffering) the way it was. (Miel) was pretty strong in your conviction and convinced everyone to go along with what (he) was saying,” Holloway said.

“But they still voted in favor of it,” Williams pointed out.

“I’m talking, please,” Holloway said. “In my mind, I just don’t see that the Planning Commission is doing their job. It’s not what it should be. There is no zoning for this. It’s like the wild west — come give us an application and we’ll see if we can fit you in. That’s not the way it should be.”

Commissioner Jane Basom questioned why the city was looking at both medical and recreational marijuana at this time when, to her recollection, MainStreet Planning recommended starting with only medical marijuana before jumping into recreational.

“They do this for a living. They set up all these other cities,” Basom said. “We’re paying them for their advice, their recommendations for the procedures and for their guidance. That’s not to say we’ll never have both, but we’re hiring them, they give us their best recommendation and we say that we don’t want to do that.”

Miel and Davis noted that the City Commission previously voted on the matter in January and that tackling medical and recreational marijuana together would accomplish the same amount of work in a quicker timeframe.

“I want to clarify, as far as restrictions and stuff, this motion was to go-ahead and do both ordinances,” said Basom after voting in favor of the motion. “If we ultimately don’t like the guidelines the Planning Commission comes up with, we don’t have to accept them.”