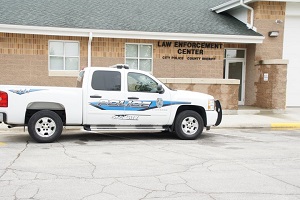 The Sac City Police Department has released the details of a narcotics search warrant they served last month. On Feb. 8, law enforcement executed the warrant at a residence occupied by Kinley Brock, Jacob Rice and Timothy Powers. Approximately 75 grams of marijuana and $1,600 in cash were seized from the home in the 700 block of South 13th Street. According to Sac County District Court records, Rice and Brock are charged with possession of marijuana with intent to deliver and failure to affix a drug tax stamp, class D felonies. Both men have filed written not guilty pleas and are scheduled for trial April 7. Powers faces one count of possession of a controlled substance—marijuana, a serious misdemeanor.