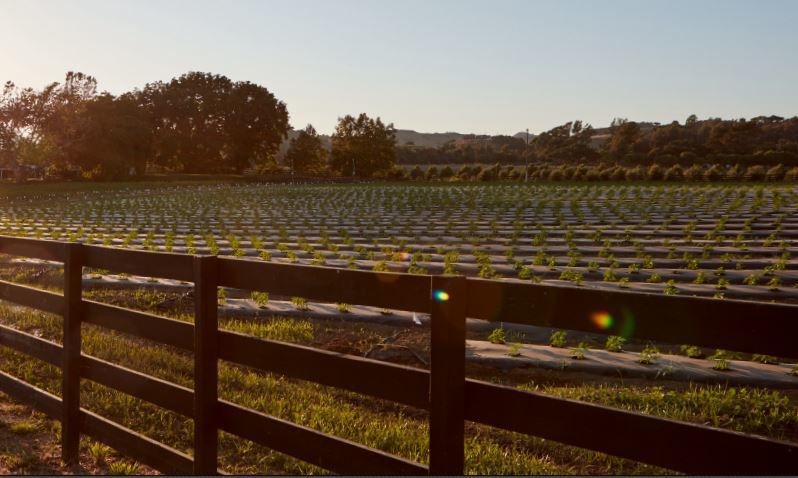 Cannabis plants are planted at Busy Bee’s Organics Inc. operation on Highway 246 west of Buellton. The business has been trying to get a land use permit approved since last spring and finally received the OK this week from the Santa Barbara County Board of Supervisors. 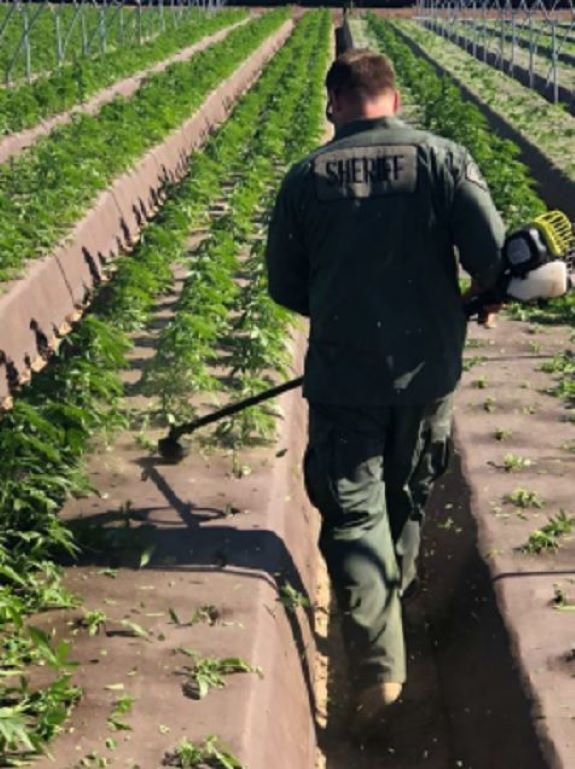 A member of the Santa Barbara County Sheriff’s Cannabis Enforcement Team uses a line trimmer to whack down illegally grown cannabis in this photo provided by the Sheriff’s Office.

Enforcement actions conducted in the second quarter this year fell from the first quarter, but the combined total for both quarters is nearly the same as all the enforcement operations in the entire previous fiscal year, the report said.

The Board of Supervisors was scheduled to receive the report at last Tuesday’s hearing in Santa Maria, but it was pulled from the agenda along with a report on the process of selecting retail storefront cannabis business licenses to reduce public interaction during the COVID-19 pandemic.

Supervisors now are slated to receive the report at this Tuesday’s meeting in Santa Barbara as part of the administrative agenda, which consists of items usually approved together in a single vote without comment unless an item is pulled for discussion by a supervisor or member of the public.

According to the report prepared by Steven Yee, fiscal and policy analyst for the Executive Office, the total cannabis tax revenue for the entire 2018-19 fiscal year came to $6.7 million, while the total for just the first two quarters of this fiscal year have already hit $4.8 million.