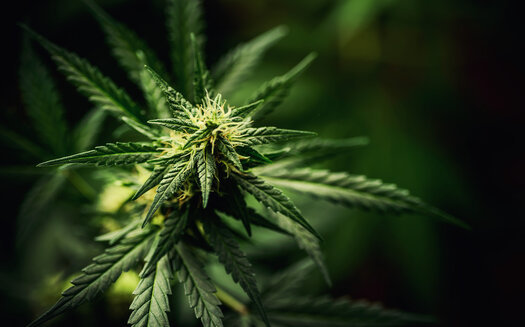 A number of states surrounding South Dakota — including Minnesota, North Dakota and Montana — have legalized marijuana in some form, while others, like Iowa and Nebraska, have not. (Adobe Stock)

SIOUX FALLS, S.D. — Those who support a pair of marijuana ballot measures in South Dakota are asking residents to get behind the initiatives when they cast their ballots this fall.

Marijuana-related issues will be prominently featured on the November ballot, with one asking to legalize the drug for those 21 and older. Another proposes a statewide medical cannabis program.

Bill Stocker, a retired Sioux Falls police officer, would like to see the decriminalization question pass. He said even for a minor offense, such arrests drain too many law-enforcement resources.

“Not only an arresting officer, but a cover officer, a jailer, an evidence technician, state’s attorney, possibly a defense attorney, court stenographer, a judge, and maybe a jury,” Stocker said.

Political observers say the ballot questions could see a lot of support in the state’s larger metro areas and cities where colleges and universities are based. But they could encounter opposition in rural counties.

Gov. Kristi Noem has come out against the proposals, especially the legalization effort, citing concern over what she said would be an unregulated drug harming younger residents.

Law-enforcement leaders and the state’s medical association have also stated their opposition.

But Kelli Shaw, a Rapid City-based pharmacist, said when conducting studies elsewhere in the country, she saw first-hand how medical marijuana can help hospice patients.

“With medical marijuana, I watched those patients be able to stay awake,” Shaw said. “They were able to communicate with their family.”

If both ballot questions are approved, South Dakota would become the first state to endorse two marijuana questions in the same election.

More than 30 states have allowed medical marijuana, while nearly a dozen have adopted legalization laws.

Both Shaw and Stocker recorded testimonials for the group South Dakotans for Better Marijuana Laws.