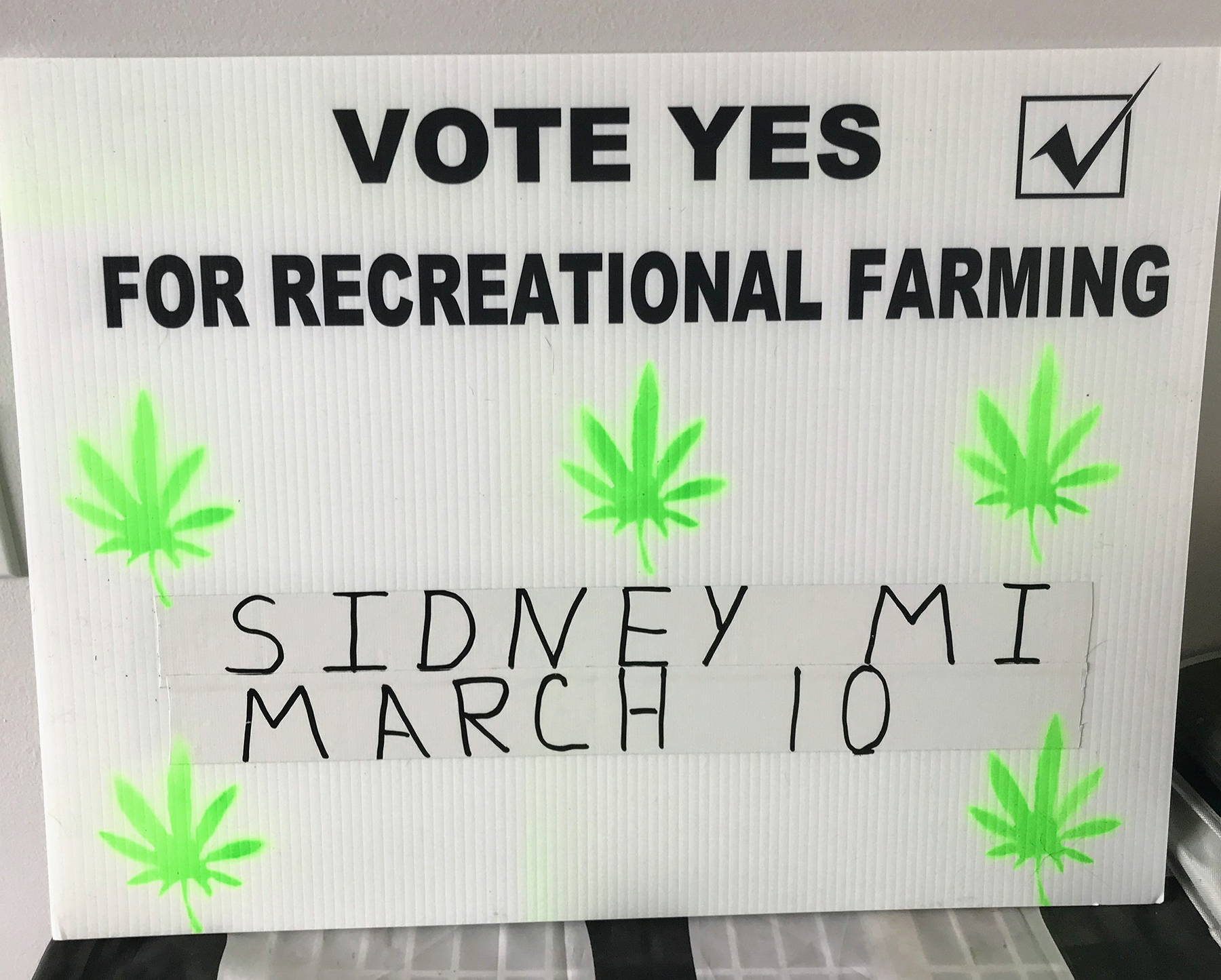 SIDNEY TOWNSHIP — One year ago, the Sidney Township Board voted to opt out of recreational marijuana.

One week from today, voters in that township will have a chance to agree or disagree.

A proposal to set the number of state-licensed recreational marijuana establishments within Sidney Township will be decided by voters of that township March 10. The ballot question asks: “Shall Sidney Township, pursuant to the Michigan Regulation and Taxation of Marijuana Act, set the number of state-licensed marijuana establishments allowed within its boundaries, as follows?

The ballot question is the result of a voter referendum organized by David Overholt, a Sidney Township farmer, who turned in voter signatures after the township board opted out of recreational marijuana. Overholt needed to collect 55 signatures for the referendum. He collected 112 signatures.

Overholt told the Daily News that if approved, the Sidney Township ballot proposal will positively impact the local economy, will increase property values, will increase the awareness of property sales in and around the surrounding area, will generate tax dollars, will provide a yearly non-refundable fee of up to $5,000 to the township and will provide new jobs for residents. 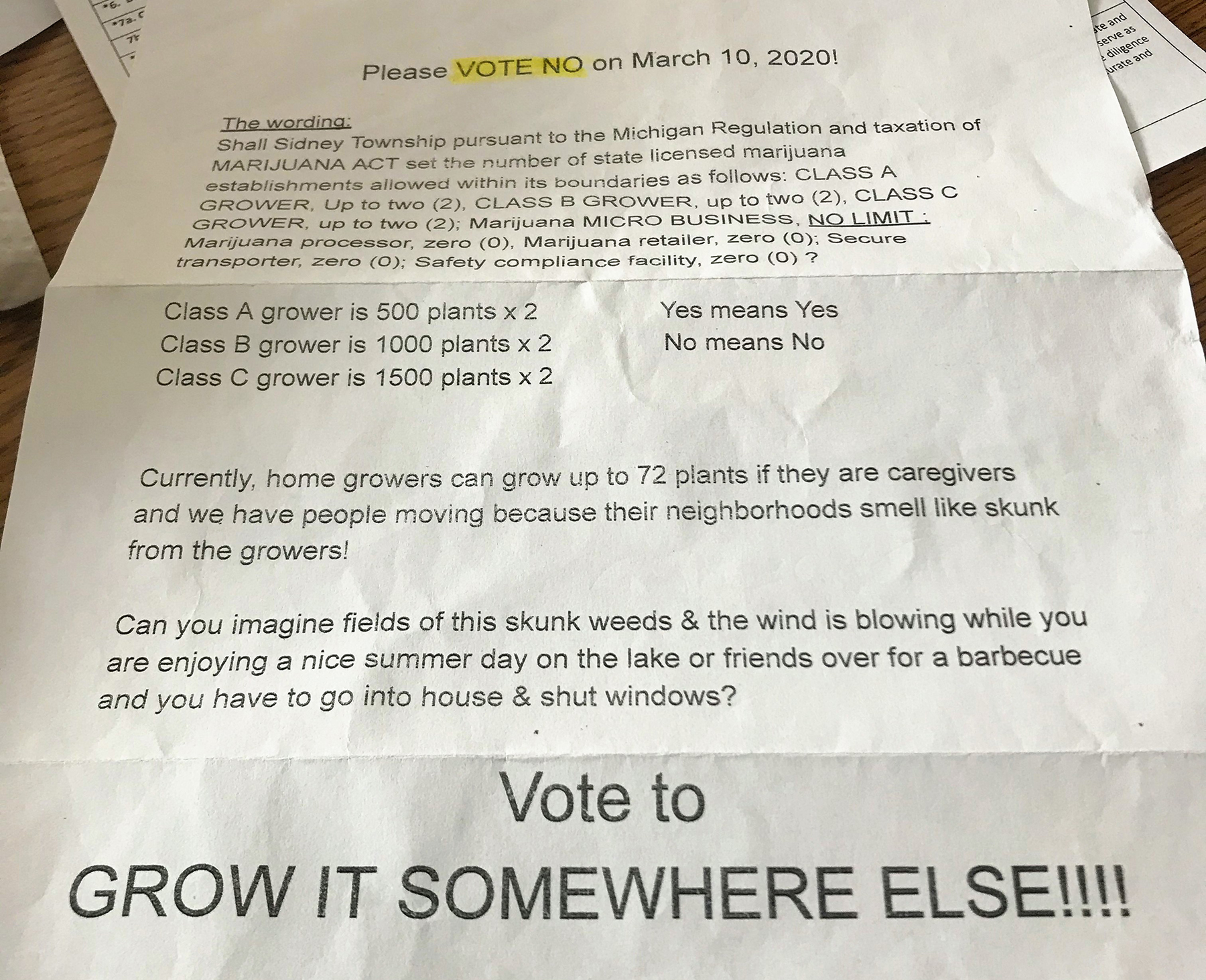 A letter urges Sidney Township voters to “Vote to grow it somewhere else” regarding the proposal. — Submitted photo

“Right now marijuana is the fastest-growing job industry in the county,” Overholt said. “A yes vote would allow other businesses to have an opportunity to come into our community to help supply our farmers and business owners, which would help our economy.

“This will help area growers get into a licensed and regulated industry at a much cheaper cost than the cost of a medical license,” he added. “This will also help law enforcement. As we roll into a regulated industry, this allows our law enforcement to know who is licensed and where they are operating in our community. Presently there is no such program to assist who is doing what in this industry. This referendum has helped to educate and unit our community.”

“Hopefully it goes down,” Sidney Township Board Supervisor Terry Peterman told the Daily News regarding the ballot proposal. “The board has been against it forever. If the citizens decide to vote it in, I guess we’ll have to deal with it.”