STANTON — Sitting at home in front of their computer screens, the Stanton Planning Commission virtually gathered on Wednesday evening to continue discussing the topic of marijuana. 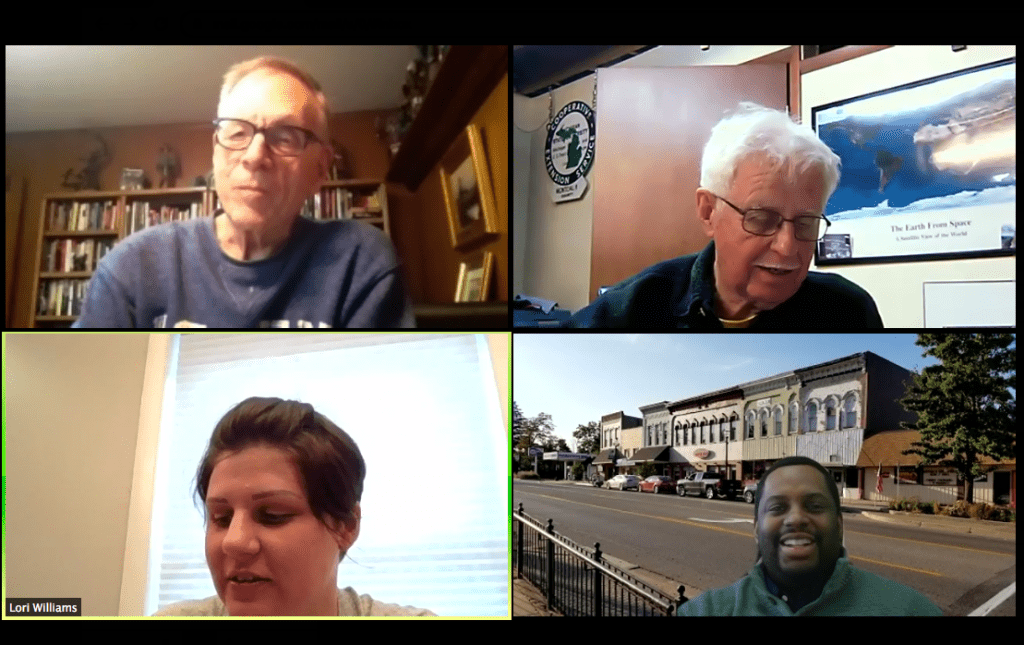 The Planning Commission held their regular meeting over Zoom following an executive order signed by Gov. Gretchen Whitmer on March 18 which allows for remote participation in public meetings and hearings to stop the spread of COVID-19.

“The city of Stanton must continue to conduct public business during this state of emergency, including actions to respond to COVID-19, and the general public must be able to continue to participate in government decision making with unduly compromising public health, safety and welfare,” stated a press release issued by Stanton before the meeting was held.

The topic of debate during Wednesday’s meeting was marijuana, as the Planning Commission has met several times over the past couple of months debating what kind of recommendation regarding marijuana facilities they want to bring to the City Commission.

After meeting with MainStreet Planning Co. on two separate occasions since February, the Planning Commission decided to recommend that the City Commission opts into allowing certain medical marijuana facilities at this time.

Safety compliance facilities, provisioning centers and secure transporters are all included in the kind of operations the Planning Commission recommends the City Commission to opt in to.

The Planning Commission is also recommending that the facilities be kept in the city’s C-2 zoning area, which primarily runs along N. State Street and S. Sheridan Road. Under those guidelines, the marijuana businesses would not be allowed on the majority of Stanton’s downtown area along Main Street.

Having debated the specifics in previous meetings, the Planning Commission met on Wednesday to finalize plans before sending them to the City Commission. 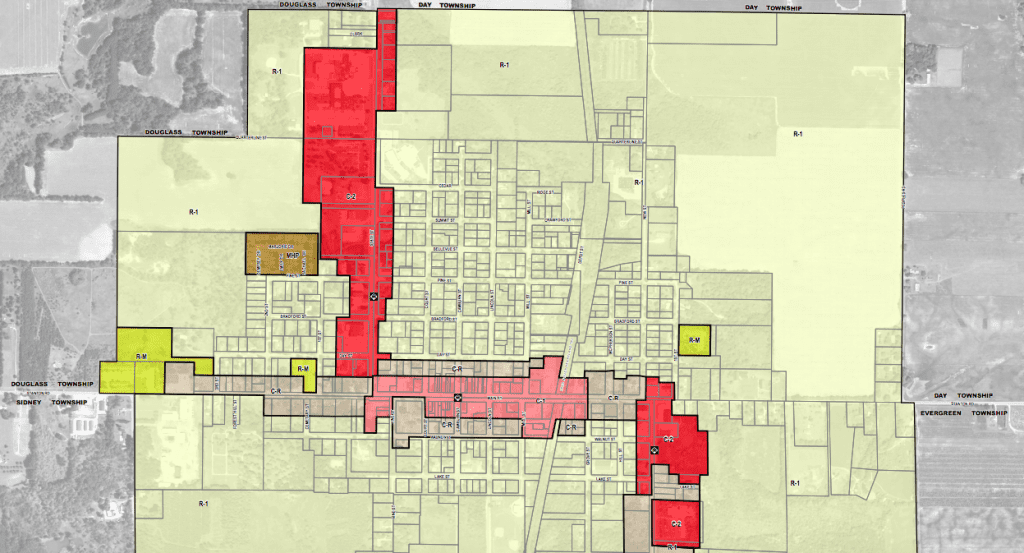 Under the Stanton Planning Commission’s recommendation, medical marijuana facilities would be allowed within the city’s C-2 zone, marked in dark red, which primarily runs along N. State Street and S. Sheridan. The recommendation will go before the City Commission on April 14. — Submitted photo

“This meeting is one we could have canceled if we needed to, but we wanted the opportunity to look at things and take a quick breath,” City Manager Vester Davis said. “We didn’t want to pass that up.”

Planning Commission Chairman Charles Miel asked why the city was limiting themselves to only opting into medical marijuana at this time.

“I apologize for not being at the last meeting, but why was the decision made to just do medical and not adult? What was the reason for that?” he questioned. “In my mind, the two are going to get meshed together in a couple years. We’ll be doing another whole process of amending zoning ordinances (opting in to adult-use). We’ll double our costs doing that.”

Commissioner Ginger Gurecki said they had talked it over with Janice Johnson of MainStreet Planning Co. and thought it would be best for the city to take things one step at a time.

“We thought that because this is new to everybody, we should start with something that’s been around for a while,” she answered. “The medical marijuana piece would be easier to facilitate right now compared to adult use.”

“The process that (Johnson) has been going through (in helping) Ionia, they’re dealing with it one element at a time,” Secretary Don Smucker agreed. “They’re working through medical first, and then they’re going to go ahead and do the (adult-use). That seems to be the way that most people are doing it.”

Miel still wanted to see the city take on medical and adult-use marijuana facilities at one time so they could quicken the process of bringing businesses into Stanton.

“(The Michigan Municipal League) says that people who get into this first are more likely to get the better people. The people who have the money and want to invest are going to get in right away. If we wait down the road two years, you’ll get less confident and less financially able people,” he said. “The whole thing is new for us, anyway. I don’t think it’ll be any more complicated for us to do two (types of marijuana facilities) instead of one.”

The majority of commissioners still wanted to start with only medical, with Gurecki noting that the City Commission could send the matter back to the Planning Commission if they wanted the city’s ordinance to opt in to marijuana facilities to include adult-use.

The Planning Commission’s recommendations will now go before the City Commission during its next regular meeting April 14.

“I will take this information, these comments and the recommendation to the City Commission. I’ll tell them what the Planning Commission has come up with and take any of their comments or feedback,” Davis said. “I’d also invite any of you to attend that meeting on the 14th, where this item will be on the agenda, just to hear the conversation and debate that may take place on this particular item. Then we’ll move forward once we have more direction from the City Commission — whether that’s that they like this plan or we have to go back to the drawing board and make a few more changes, I don’t know how that conversation may play out.”

Following that conversation and potential changes, the Planning Commission will then re-involve MainStreet Planning Co. to begin drafting an official ordinance for the city.