Suspects Charged with Possessing 4,700 Pounds of Marijuana on Goleta Beach

Four Mexican nationals today were named in a federal grand jury indictment charging them with possessing and intending to distribute more than 2,100 kilograms (4,700 pounds) of marijuana, which they allegedly transported on a fishing boat that landed on a Santa Barbara County beach.

The indictment returned this afternoon charges four men, all of Sinaloa, Mexico, with one count of possession with intent to distribute at least 1,000 kilograms of marijuana, a crime that carries a statutory maximum sentence of life imprisonment and mandatory minimum sentence of 10 years in federal prison: 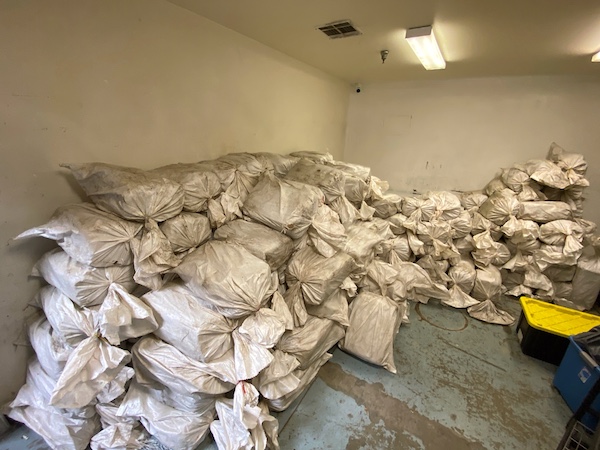 According to an affidavit filed with a criminal complaint in this matter, on the evening of March 11, a law enforcement airplane observed an open-bowed fishing vessel known as a “panga boat,” loaded with suspected narcotics and traveling toward Goleta. The four defendants later were identified as being the boat’s crewmembers.

The panga boat landed at Hollister Ranch Beach in Goleta at approximately 1:15 a.m. on March 12, the affidavit states. In addition to the crew members on the panga boat that officers aboard the airplane previously observed, law enforcement saw 14 additional individuals on the beach, as well as two other people on a hill who appeared to be conducting counter-surveillance of law enforcement activity, according to the affidavit. Once the boat landed, the 14 non-crew members on the beach offloaded bales of marijuana from the boat and moved the bales to multiple vehicles waiting nearby, according to court documents.

Law enforcement entered Hollister Ranch Beach around 3 a.m. and the suspected narcotics traffickers scattered and fled. Officers pursued the suspects and arrested a total of 21 people, including the four defendants named in today’s indictment. The other 17 people were released.

Following the arrests, law enforcement recovered a total over 200 bales of marijuana from the panga boat, the Hollister Ranch Beach area, and the van, according to statements made in court. In total, the four defendants are charged with possessing with intent to distribute 2,138.5 kilograms (4,714.6 pounds) of marijuana, according to the indictment.

An indictment contains allegations that a defendant has committed a crime. Every defendant is presumed innocent until and unless proven guilty beyond a reasonable doubt.

This case is being prosecuted by Assistant United States Attorney Jamari Buxton of the Public Corruption and Civil Rights Section. 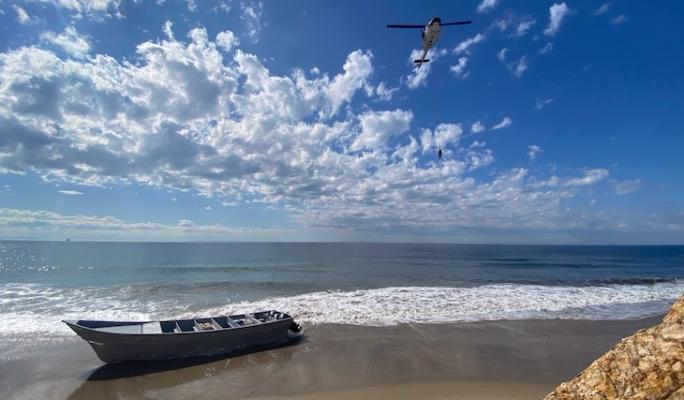