Minnesota Timberwolves guard Malik Beasley was arrested and released from jail over the weekend after allegedly pointing a gun at someone in an idling car outside his suburban Minneapolis residence, but the 23-year-old’s attorney says he has not been charged with anything.

The Athletic first reported Beasley’s arrest Saturday night at his home in the lakeside town of Plymouth, Minnesota. ESPN reported that police obtained a search warrant for Beasley’s home after a complaint that he brandished a weapon at a car and officers found marijuana and guns in the home.

‘At the time of the incident, multiple individuals were present at the residence,’ Beasley’s attorney Steven Haney told ESPN in a statement. ‘The allegations against Malik will be defended vigorously.’ 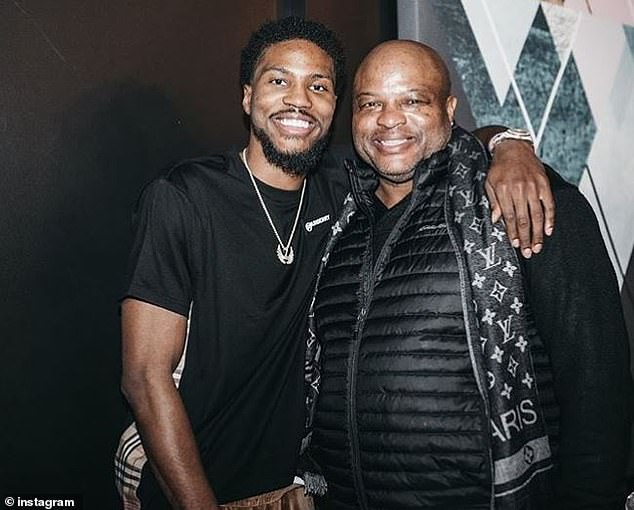 A Plymouth police spokesperson did not immediately respond to the Daily Mail’s request for comment.

‘We’re aware of the situation involving Malik and in the process of gathering more information,’ Timberwolves coach Ryan Saunders said in a statement.

On Saturday, witnesses told Plymouth police, a car stopped outside a residence currently being rented by Beasley on Mooney Lake, which is 30-minute drive west of Minneapolis.

A man believed to be Beasley allegedly tapped on the car’s window with a gun, urging the driver to get off his property. The person with the gun allegedly pointed it at the car as it drove away.

The identify of the person who was holding the gun is being investigated.

After responding to the call, police ‘detected a strong odor of marijuana,’ according to a news release.

Officers then obtained a warrant, which led to the discovery of marijuana and ‘numerous’ guns, one of which was stolen, according to police.

Police did not reveal Beasley’s address, but he reportedly lives on Mooney Lake (pictured), which is a 30-minute drive west of Minneapolis. He reportedly bought the home recently

A neighbor told the Star-Tribune that Beasley recently purchased the home, which had been on the market for several months.

Beasley will be a restricted free agent when the season ends, which means the Timberwolves will have the right to match any offer he receives. The 19th overall pick in the 2016 draft by Denver, Beasley averaged 20.7 points in 14 games for Minnesota after being acquired in a trade with the Nuggets in February.

He participated in voluntary workouts at the team facility earlier this year. He has not taken part in group workouts that began this week for teams that didn’t qualify for the NBA’s restart in Florida after the four-plus-month pause due to the COVID-19 pandemic.

Beasley is the son of actors Michael and Deena Beasley, and his grandfather, John Beasley, is a veteran stage performer who also appeared in films such as Rudy, Little Big League, and The Mighty Ducks. 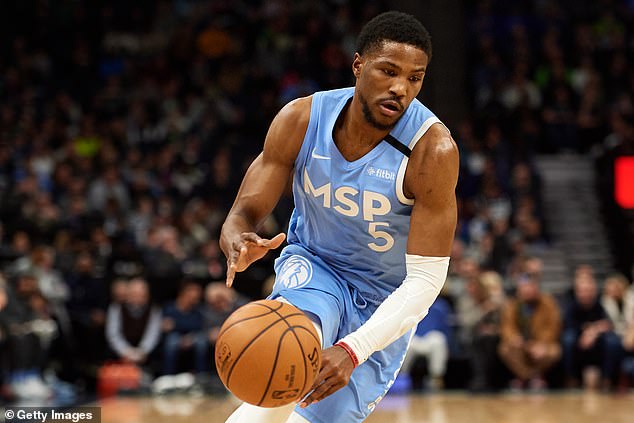 The 23-year-old Beasley will be a restricted free agent when the season ends. The 19th overall pick in the 2016 draft by Denver, Beasley averaged 20.7 points in 14 games for Minnesota after being acquired in a trade with the Nuggets in February