A couple from South Dakota have been arrested on more than a dozen criminal counts after officials say they drugged their four children with methamphetamine and marijuana, and disciplined them with cattle prods over the course of nearly three years.

Lance Long, 36, and Crystallynn Long, 40, from Sioux Falls, were arrested after fleeing to Oklahoma and being brought back to South Dakota on Wednesday to face 14 counts, including aggravated assault with a dangerous weapon; distribution of marijuana to a minor; distributing a controlled substance to a minor and abuse or cruelty to a minor.

Capt. Josh Phillips, with the Minnehaha County Sheriff’s Office, told the Argus Leader the years-long abuse was directed at four children ages 11, 13, 15 and 17. 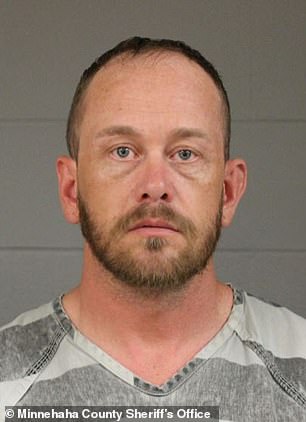 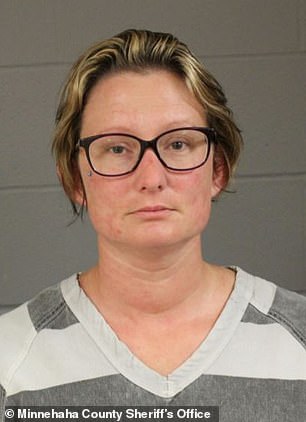 Lance Long, 36 (left), and Crystallynn Long, 40 (right), have been charged with drugging their four children with meth and marijuana, and abusing them with cattle prods

According to the captain, the parents drugged their children and shocked them with a ‘hot shot cattle prod’ to get them to obey orders, reported the station KELO.

When interviewed by investigators, most of the children in the Long household reportedly said that the prod had been used on them ‘numerous’ times over the last three years.

Law enforcement officials first learned of the allegations against the couple in mid-May after their eldest son, who had recently left home to join the Marine Corps, confided in his recruiter about his and his siblings’ troubled home life.

The recruiter then contacted a relative, who reported the alleged about to the sheriff’s office, sparking an investigation.

The 17-year-old boy told the authorities that Lance had given him and his siblings marijuana and methamphetamine for the last two and a half years, purportedly because it would ‘help them learn about drugs, so that drugs wouldn’t ruin their lives later on,’ arrest affidavits stated.

The young Marine claimed that Cyrstallynn never encouraged the children to use the drugs, but was present whenever they did.

He also mentioned he has an older sister who had previously accused Lance of abusing her.

The boy said those allegations were investigated but came to naught, so he and his siblings decided to keep quiet so as not to make things worse at home.

According to the documents, deputies arrived at the Longs’ house in the 6400 block of North 10th Avenue to perform a welfare check on the children.

The children were asked about the abuse and initially denied it, as did Crystallynn. 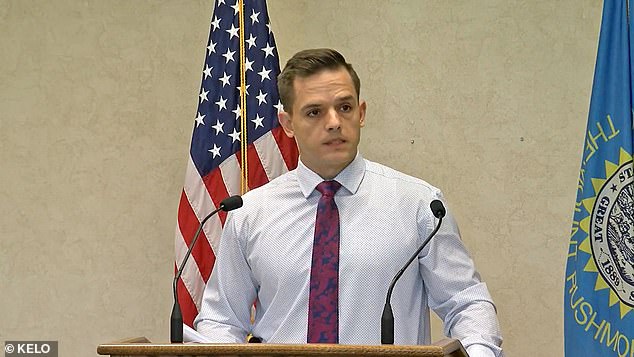 Capt. Josh Phillips, with the Minnehaha County Sheriff’s Office, said the years-long abuse was directed at four children ages 11, 13, 15 and 17

But when the deputies privately interviewed the couple’s 15-year-old daughter, with Crystallynn’s consent, the teen allegedly corroborated everything her older brother had told his sergeant in the Marines.

‘She said she is very worried about her two younger brothers, but she’s happy that someone finally said something about Lance,’ the document stated.

When pressed about the allegations, Crystallynn allegedly admitted that her husband would ‘sometimes chase their children with a hot-shot taser to intimidate them,’ but she claimed he never shocked them.

Additional interviews with the children revealed instances of beatings, abuse and molestation allegations related to the father.

At least one of the children was reported to have been punched in the kidneys, while another was allegedly run over with a three-wheeler by Lance.

The couple’s older daughter, whom the Marine recruit brought up to the police, said of the father that he is a ‘cruel and evil person.’

When police reached Lance Long by phone and questioned him about the allegations, he denied giving the children drugs or physically abusing them.

The Longs’ children have been placed in the custody of the Department of Social Services and are said to be in good health.

The parents on Thursday remained in the county jail without bond.