There’s never been a more dangerous time to invest in cannabis than right now. Pot stocks are plummeting and companies are running low on cash, making consolidation and bankruptcies inevitable in the near future.

A big reason for the struggle comes back time and time again to the legal industry’s high pot prices. Whether it’s taxes, overhead costs, or just pricey red tape, cannabis companies are struggling to remain competitive against the black market. Unfortunately, winning market share from the black market is a long-term goal for the legal industry, and right now, there are serious short-term problems investors can’t ignore. And while North America may be particularly risky today, other parts of the world may offer safer pot plays.

Could cannabis companies in warmer climates make for better investments?

A big disadvantage for North America is that its cold winters limit the opportunities for growing cannabis, especially outdoors. But in places like Uruguay or Israel where the temperature is pretty warm year-round, those same problems don’t exist. Uruguay, in particular, is an attractive option as it was the first country that legalized the recreational use of marijuana.

Not only is it possible to grow cannabis more frequently but costs, including wages, are likely to be much smaller as well. Lower costs make it more likely for a company to hit breakeven.

One Canadian-based company, Silverpeak Life Sciences Uruguay, has a subsidiary in Uruguay that it projects will hit breakeven free cash flow this year. Silverpeak is a private company but aims to go public at some point in the future. CEO Jordan Lews said, “We want to go to the capital markets when the conditions are favorable,” noting that “the goal is to have the luxury to decide when to go.” 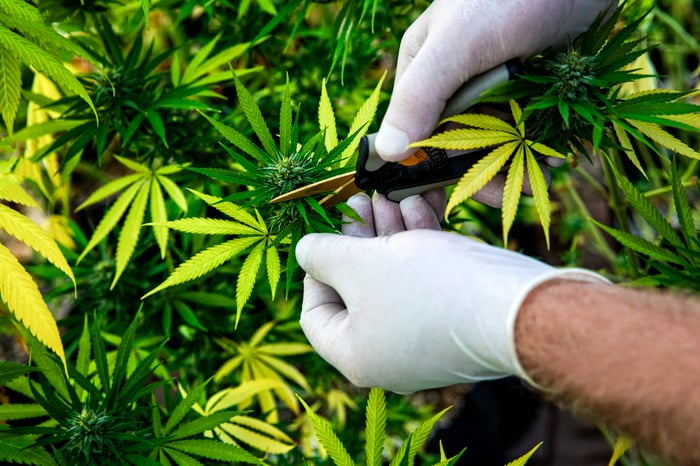 Not needing to raise cash is a foreign concept to many North American producers. And it’s the type of stability that investors long for to avoid suffering from share dilution and falling stock prices. Unfortunately, cash flow remains a big concern in North America and by being more competitive on price, producers outside of North American can enjoy significant advantages, making them more investable companies over the long term.

One cannabis producer that’s expanded into warmer climates is Aphria (NYSE: APHA). Through its acquisition of LATAM Holdings, the company obtained licenses in key markets in Latin America, including Colombia, Argentina, and Jamaica. Admittedly, it’s still a long-term play for the company. In its 2019 fiscal year, the company generated a modest 4 million Canadian dollars from its Latin American segment. That was just 1.7% of the company’s revenue which totaled CA$237 million for the full year.

Is trying to be more competitive in North America a viable strategy?

After slashing its guidance in October for fiscal 2020, HEXO (NYSE: HEXO) said it would try to undercut the black market by offering lower-priced products. The company announced its new brand, “Original Stash,” would come in lower than not just the average legal price of cannabis in Canada, but below black-market prices as well.

It’s an aggressive strategy to try and win market share but it may not be viable given the need to maximize margins rather than to chip away at them. In the company’s most recent quarterly results, which HEXO released in December, it reported a negative gross margin of CA$21 million after fair value adjustments. That was mainly due to inventory impairments. But even prior to all the adjustments, the company’s gross margin would still have been a very modest 31%. And things weren’t any better further down the statement as HEXO’s operating loss of CA$56 million also grew significantly from negative CA$14.7 million in the prior-year quarter. While it may be tempting to try and grab market share, focusing on low-cost items may do more harm than good for the company’s financials and its stock price.

What should investors do?

Whether investing in cannabis or any other business, it’s important for investors to focus on a company’s fundamentals to ensure that its business model is sound and generating profits as well as positive free cash flow. For North American cannabis companies, that’s simply not a reality for many of them. And finding companies that can stay in the black consistently is tough to do.

That’s why investing in marijuana businesses in parts of the world where achieving profitability is more likely is a much safer investment to make over the long term. If Silverpeak or other producers outside of North America go public, they could present much safer investment opportunities for investors who are tired of the volatility they’ve seen from North American pot stocks.

Here’s The Marijuana Stock You’ve Been Waiting For
A little-known Canadian company just unlocked what some experts think could be the key to profiting off the coming marijuana boom.

And make no mistake – it is coming.

Cannabis legalization is sweeping over North America – 11 states plus Washington, D.C., have all legalized recreational marijuana over the last few years, and full legalization came to Canada in October 2018.

And one under-the-radar Canadian company is poised to explode from this coming marijuana revolution.

Because a game-changing deal just went down between the Ontario government and this powerhouse company…and you need to hear this story today if you have even considered investing in pot stocks.

Simply click here to get the full story now.