What you need to know about Ghana’s legalisation of cannabis 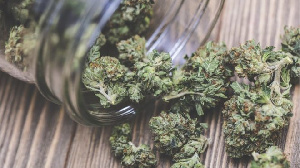 Why the ‘legalization’ of cannabis not what Ghanaians think it is

Why the legalization of cannabis is not what Ghanaians think

The new law also enhanced the powers of NACOB to oversee the industrial use of some narcotic substances.

In the bill, parliament decided to incorporate a clause that will allow for the industrial use of cannabis with Tetrahydrocannabinol (THC) level of not more than 0.3 percent, according to Kennedy Osei Nyarko, the Member of Parliament for Akim Swedru.

This is to allow companies producing jute sacks for cocoa and other produce to set up their plants and produce them locally instead of importing them from India and other countries, the MP further explained.

However, this has been misconstrued by some Ghanaians to mean the legalization of cannabis for personal use, which is not the case.

It should be noted that what has been legalized in the law is cannabis with not more than 0.3 percent THC which is mostly used in the production of jute sacks for cocoa and other produce.

To clear all doubt, there is illicit and licit cannabis. The licit ones have THC of not more than 0.3 percent while the illicit ones have a THC concentration of 75 percent.

What is currently grown in Ghana is the Indian hemp which is one of the cannabis family and has a THC concentration of 75 percent, which makes people very high or intoxicated when they smoke it.

Anything above THC lever of 0.3% is a High-Grade Substance which is currently prohibited by our laws, the Akim Swedru MP explained on his Facebook wall.

“This type of cannabis is illegal here in Ghana and if you are seeing possessing or smoking it you will be put in jail so people must be careful here,” he further explained.

What has been passed by parliament is the upgrading of the Narcotic Control Board to a Commission and a clause that allows the growing of cannabis with a THC level of 0.3 percent for industrial use.